25th racing season for Marc-Antoine Camirand, thanks to his renewed partnership with GM Paillé 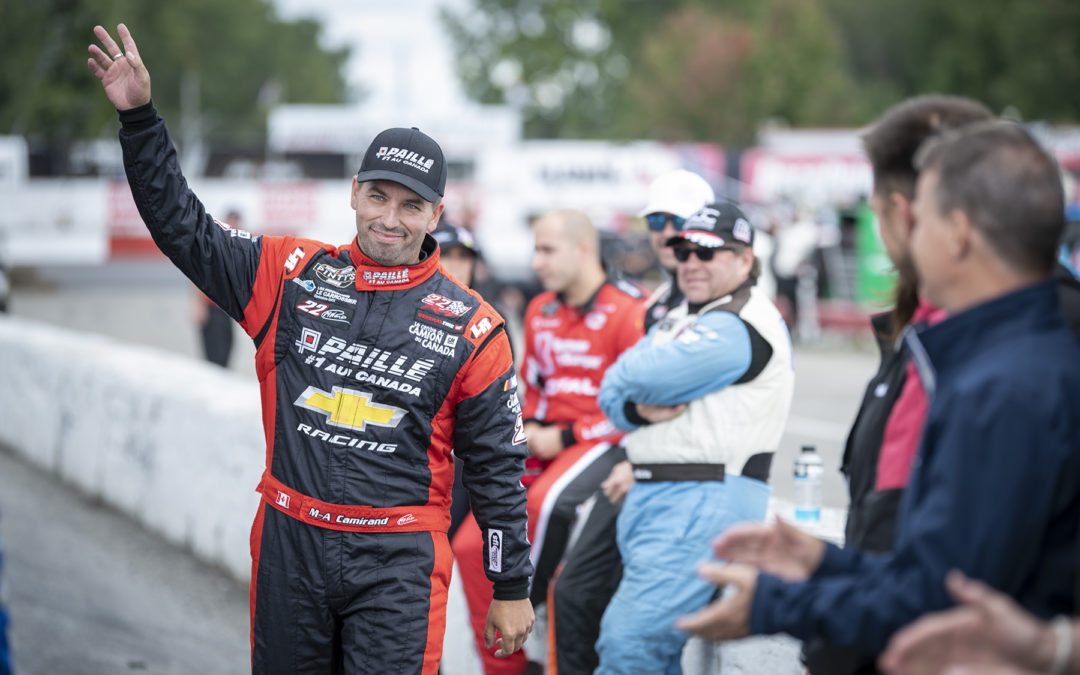 Berthierville, February 12, 2020 – Marc-Antoine Camirand will be heading to his 25th racing season as he renews his winning partnership with GM Paillé, #1 in Canada. Camirand will compete full-time in 2020 in the NASCAR Pinty’s series, at the wheel of the n°22 GM Paillé Chevrolet Camaro.

“From the beginning in 1996 and throughout my career, racing has been a family thing. I started alongside my father in Formula Ford at the Grand Prix de Trois-Rivières, and today, I’m privileged that GM Paillé has included me in their great family. We are still sharing the same passion that unites us, almost 25 years later,” said the driver from Saint-Léonard-d’Aston, Qc.

“I cannot say how thankful I am to have the support of a partner as engaged and passionate as GM Paillé. Motorsport has always been an unpredictable business, and I have rarely had the assurance, this early in the off-season, that I would run a full-time season,” Camirand added.

Once again this year, Camirand will be at the wheel of a Chevrolet Camaro prepared by 22 Racing team, owned by four-time NASCAR Pinty’s Champion Scott Steckly.

“I feel that everybody is highly motivated, and it’s still only February! I’m also happy to have Randy Steckly back as my crew chief, as he was part of my success in 2017 and 2018. After a difficult 2019 season, I am sure that the winning conditions will be in place for us to get wins and podium finishes,” Camirand concluded.

GM Paillé, who celebrated its 55th anniversary last year, continues to share this common passion for racing alongside Camirand.

“GM Paillé advocates family values and passion, and this is reflected through our commitment in motorsport. We are keen to renew a winning partnership and to continue to cheer on Marc-Antoine, who shares the same determination towards winning and achieving better results as we do,” declared Jean-Claude Paillé, CEO of GM Paillé.

Marc-Antoine Camirand will compete in all 13 races in the NASCAR Pinty’s series in 2020 at the wheel of the n°22 GM Paillé Chevrolet Camaro, starting on May 17th at the Canadian Tire Motorsport Park, near Bowmanville, ON. The action-packed season will continue until September in four Canadian provinces with races on road courses, ovals and, for a series premiere, on dirt.