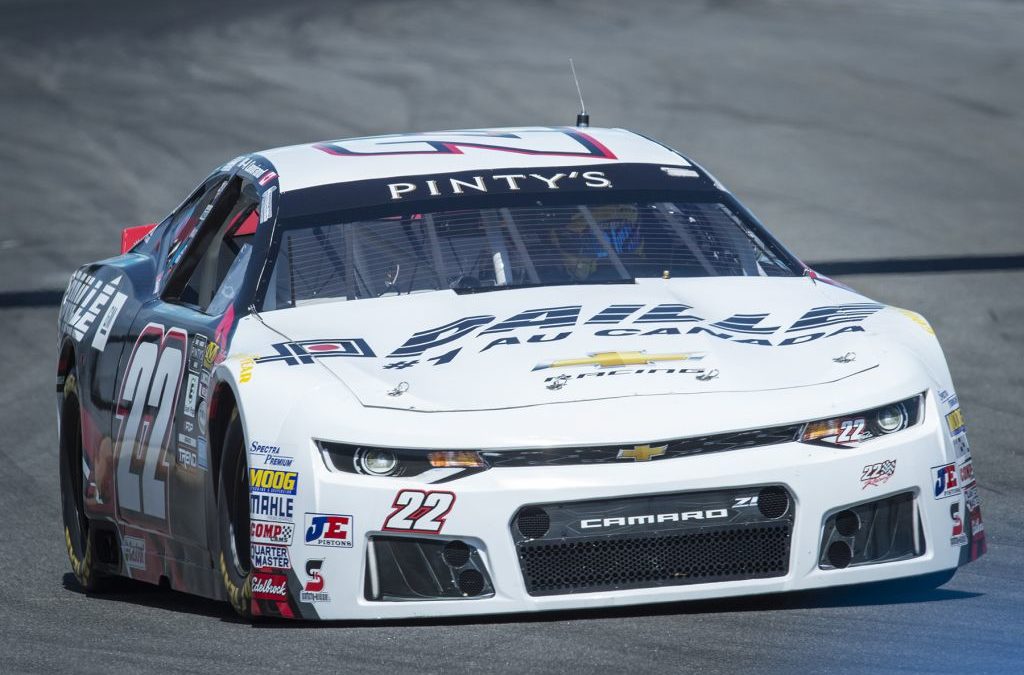 Trois-Rivières, August 13, 2018 – Marc-Antoine Camirand scored the pole and came close to win his first victory in the NASCAR Pinty’s series, as he was at his hometrack, for the famous Grand Prix de Trois-Rivières. Camirand led most laps in Le 50 Tours Can-Am, at the wheel of his GM Paillé n°22 Chevrolet Camaro, but he had to concede his place and missed a podium finish after a late restart.

Camirand, who holds the track record at GP3R for most victories (14) and podium finishes (22) wanted to add another win to its statistics. While he scored the pole on Saturday, he knew that its GM Paillé n°22 Chevrolet Camaro was fast enough to capture the checkered flag.

His endeavor was all but easy during the 50-lap race. The race saw not less than eight full-course yellows being deployed, and Camirand managed to keep the lead for the first 37 laps. “My car was very fast on green, but it has been difficult to keep the pace with these numerous yellows. I was passed after 37 laps, but I was still hoping for a podium finish,” explained Camirand.

Yet, the driver of the GM Paillé n°22 Chevrolet Camaro had to concede a few spots after the last restart. “Everyone was a little aggressive, and we traded some paint in the first corner. I really wanted this win, in front of crowded grandstands with all my family, friends, fans and partners cheering on me. I’m a little disappointed by the way it ended, but I guess this is racing,” told Camirand, who finished in 5th place.

Camirand gained a spot in the championship points standings and now sits second, 10 points behind the leader. “We have been fast since the beginning of the season and we are still in a good position in the standings. I wanted to win at GP3R more than anywhere else, but I guess that my first victory in the NASCAR Pinty’s series is close,” he concluded.

The Le 50 Tours Can Am will be broadcast on TSN 1/3 on Saturday August 18th at noon and was broadcast live on RDS on Sunday.

Marc-Antoine Camirand and the GM Paillé n°22 Chevrolet Camaro will be back in action as the NASCAR Pinty’s series heads east, for the Bumper to Bumper 300 at the Riverside International Speedway, in Antigonish, NS, on August 18.