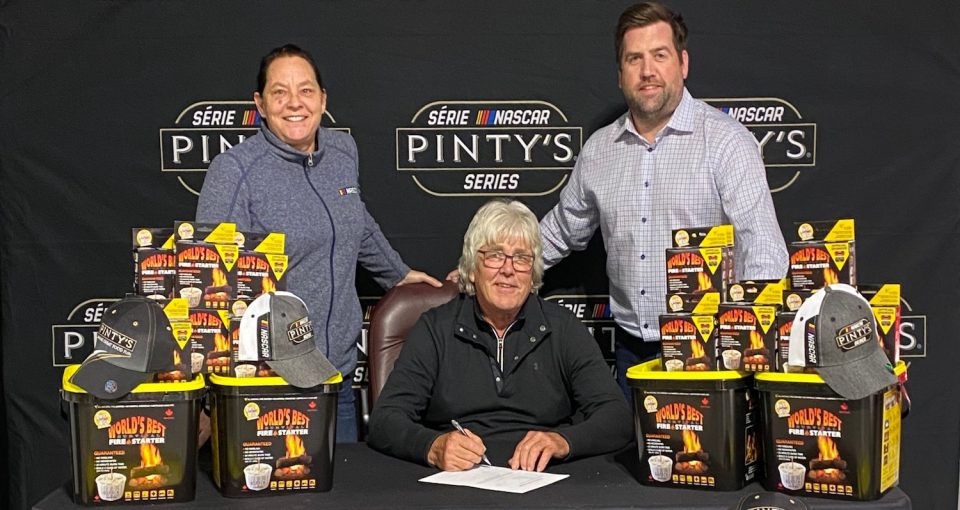 The Canadian-owned business manufactures fire starters made from a unique blend of recycled wax and wood shavings making them effective in wet and windy conditions. Qwick Wick fire starters are made in Parkhill, Ontario, and have helped millions of campers, cottagers and outdoor enthusiasts build fires for nearly three decades.

“The outdoor lifestyle and NASCAR racing are a perfect match, making this relationship a natural fit for us,” said Chad Seigler, NASCAR Vice President of International Business Development and Partnerships. “Qwick Wick is an easily recognizable brand, and we look forward to seeing more of them around NASCAR racetrack campgrounds.

“The NASCAR Pinty’s Series continues to grow as Canada’s premier motorsport series, and partnerships like this help raise the competition level and connect fans of the sport across the country.”

As part of the multi-year partnership, the “Qwick Wick Hottest Lap of the Race” prize will be awarded to the driver with the fastest lap in each Pinty’s Series race.

“Qwick Wick and NASCAR race fans share a passion for the outdoors and speed. We’re excited to be the Official Fire Starter of the NASCAR Pinty’s Series and the NASCAR Whelen Euro Series,” said Frank Wall, Qwick Wick President. “As a proud Canadian company, we’re honoured to bring additional support to Canada’s top racing series through the ‘Qwick Wick Hottest Lap of the Race’ award.”