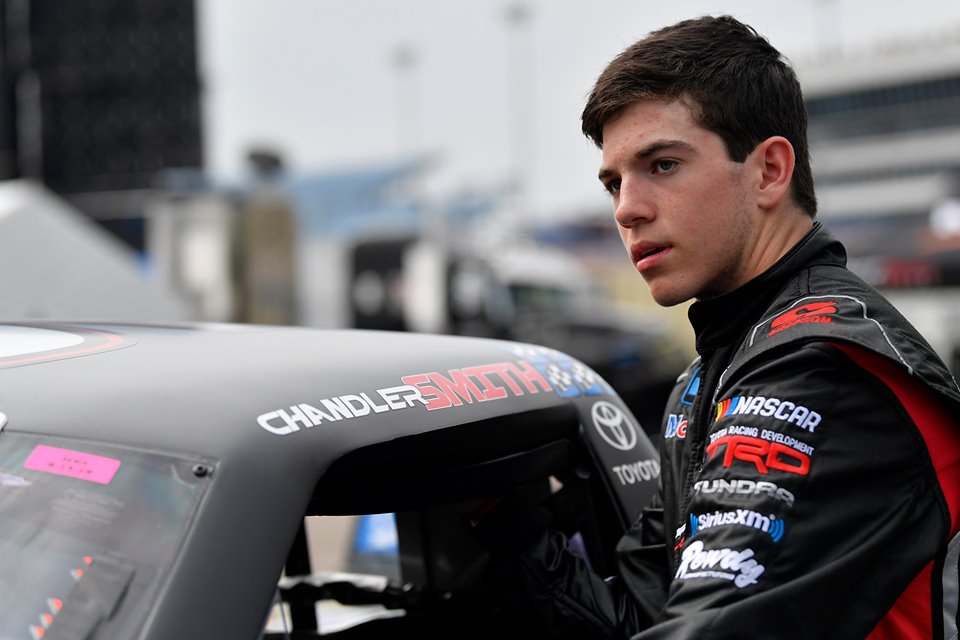 Milverton, ON, August 13, 2019:  Chandler Smith, a Kyle Busch Motorsports protégé will be behind the wheel of the #26 entry prepared by 22 Racing at Canadian Tire Motorsport Park in August.  This will be the seventeen-year old Smith’s first entry in the NASCAR Pinty’s Series and his first road course event.  Smith will join 22 Racing regulars Alex Tagliani in the #18, Marc-Antoine in the #22 and Donald Theetge in the #24 to bring the total to four entries.

“I am very pleased to be working with Chandler and Toyota Racing Development and preparing a car for them for this NASCAR Pinty’s Series event at Canadian Tire Motorsport Park (CTMP) in August,” said Scott Steckly team owner.  “He tested with us earlier this year and it was his first road course experience.  We were all pleasantly surprised with how quickly he settled in and started posting quick laps.  He will be a welcome addition to our team for this race.”

“I am really excited to be with the 22 Racing team and with the good races they have been having definitely gives more confidence to me as a driver,” said Chandler Smith.  “We had a really good test when we went to Canadian Tie Motorsport Park and I’m ready to get back again.”

Seventeen-year-old Chandler Smith has competed in nine ARCA races in 2019 and has 4 poles, 4 wins, 7 top 5’s and 659 laps led.  In the Gander Outdoor Truck Series, he has had two starts this year with 1 pole, 2 top 10’s and 55 laps led.  In 2018 he competed in 9 of the 20 ARCA series races winning two and leading 763 laps to go on and win the Valvoline Lap Leader Award while competing in less than half of the series events that year.