22 RACING ALL FIRED UP FOR NASCAR FINALE AT JUKASA 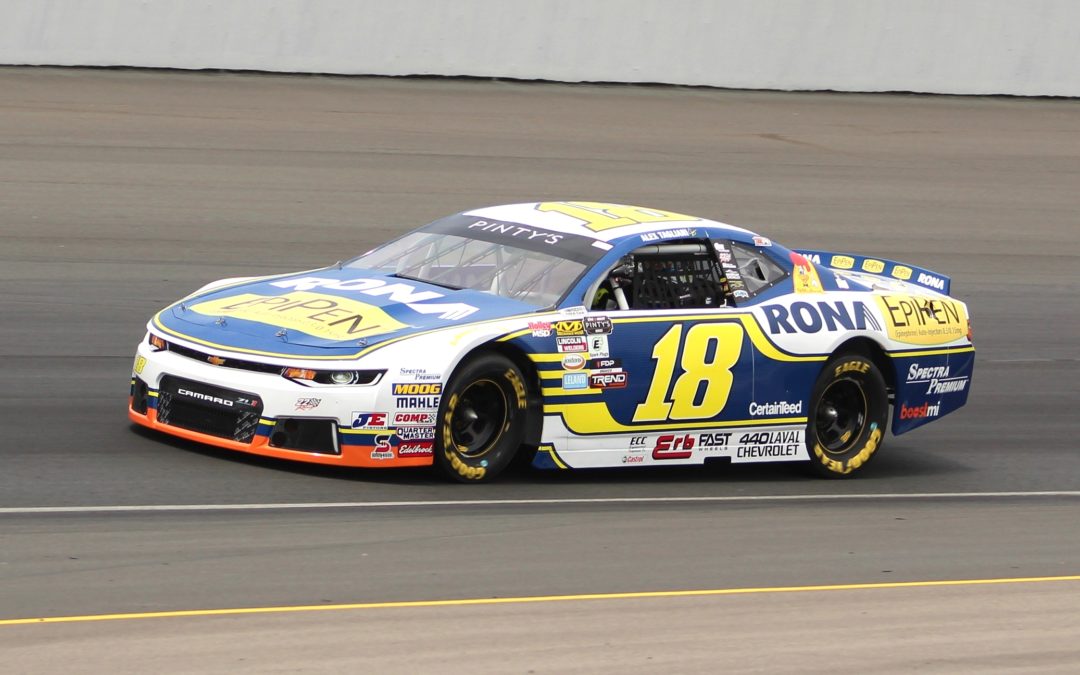 Alex Tagliani Ready to Do Battle for 2018 Championship

Wednesday Sept. 26, 2018, Milverton, ON:   The 2018 NASCAR Pinty’s Series is set to come to a conclusion this Saturday with the 13th and final event of the season taking place at Jukasa Motor Speedway.  The Pinty’s Fall Brawl should be an exciting race with lots of action as the championship contenders battle it out for the 2018 crown.

One of those contenders is 22 Racing’s Alex Tagliani driver of the #18 EpiPen/Rona/St. Huberts Chevrolet Camaro ZL1.  Tagliani finds himself just four points back of the leader L.P Dumoulin going into this final 200-lap event.  Tagliani has been making steady points gains on the leaders since the half way point of the season posting five top five finishes and two wins.

“I am very excited about the weekend,” said Tagliani.  “We just have to start with practice one and make sure we get our car in the window, something we have done this year very well.  Then we need to put out a bullet for qualifying and be up front for the start of the race.  There is going to be a live pit stop and we have the best team in the business.  The driver is mentally ready and normally when I am this excited it is going to be good.  I think the 22 Racing Team deserves this championship for many reasons, and I wouldn’t be prouder if I can contribute to bringing another championship to Scott, especially a year where he will be inducted into the Canadian Motorsport Hall of Fame. There is a lot on the line, but I think we are an organization that can meet this challenge and the pressure that comes with it.  We have great teammates also and I think we are going to bring everything we can to make sure that 22 Racing comes out the champion

Marc-Antoine Camirand driver of the #22 GM Paille Chevrolet Camaro ZL1 is coming off a disappointing finish at New Hampshire Motor Speedway where he ran in second for the last half of the 100-lap race but ran out of fuel coming for the white flag.  Camirand still has lots of momentum going into this race though after posting his first series win two races ago at St. Eustache and then running up front at NHMS.

“Our oval program has progressed really well this year,” said Camirand.  “We want to finish strong here at Jukasa. After finishing 4th earlier in the year I think we will be better, and I want to finish good in the last race of the year and try to improve our place in the championship standings.”

Donald Theetge driver of the #24 Mercedes-Benz/Circuit Acura Chevrolet Camaro ZL1 came close to winning this race in 2017 losing out on the last corner of the last lap when a bump and run moved him back to second.  And while running in top three in the earlier race at Jukasa this year, he cut a tire and hit the wall ending his day.  He feels this track owes him one, so he will be looking for the podium at the end of the 200-lap event.

“Our whole focus this weekend is to win,” said Theetge. “We will be mindful of the championship contenders but will be looking to be up front at the end of the day.  Our championship hopes are gone so we will try to win here and finish on a strong note.”

The Pinty’s Fall Brawl takes place this Saturday Sept. 29th at Jukasa Motor Speedway. Grandstands open at noon, NASCAR Pinty’s Series practice is at 12:50 p.m. New at this event, NASCAR are inviting fans to join them for the Driver, Crew Chief & Spotters meeting at 3:15 p.m. which will be held in the grandstands. Next up be qualifying at 4:00 p.m. with the on-track autograph session at 6:15 p.m. followed by the green flag on the Pinty’s Fall Brawl at 7:35 p.m.