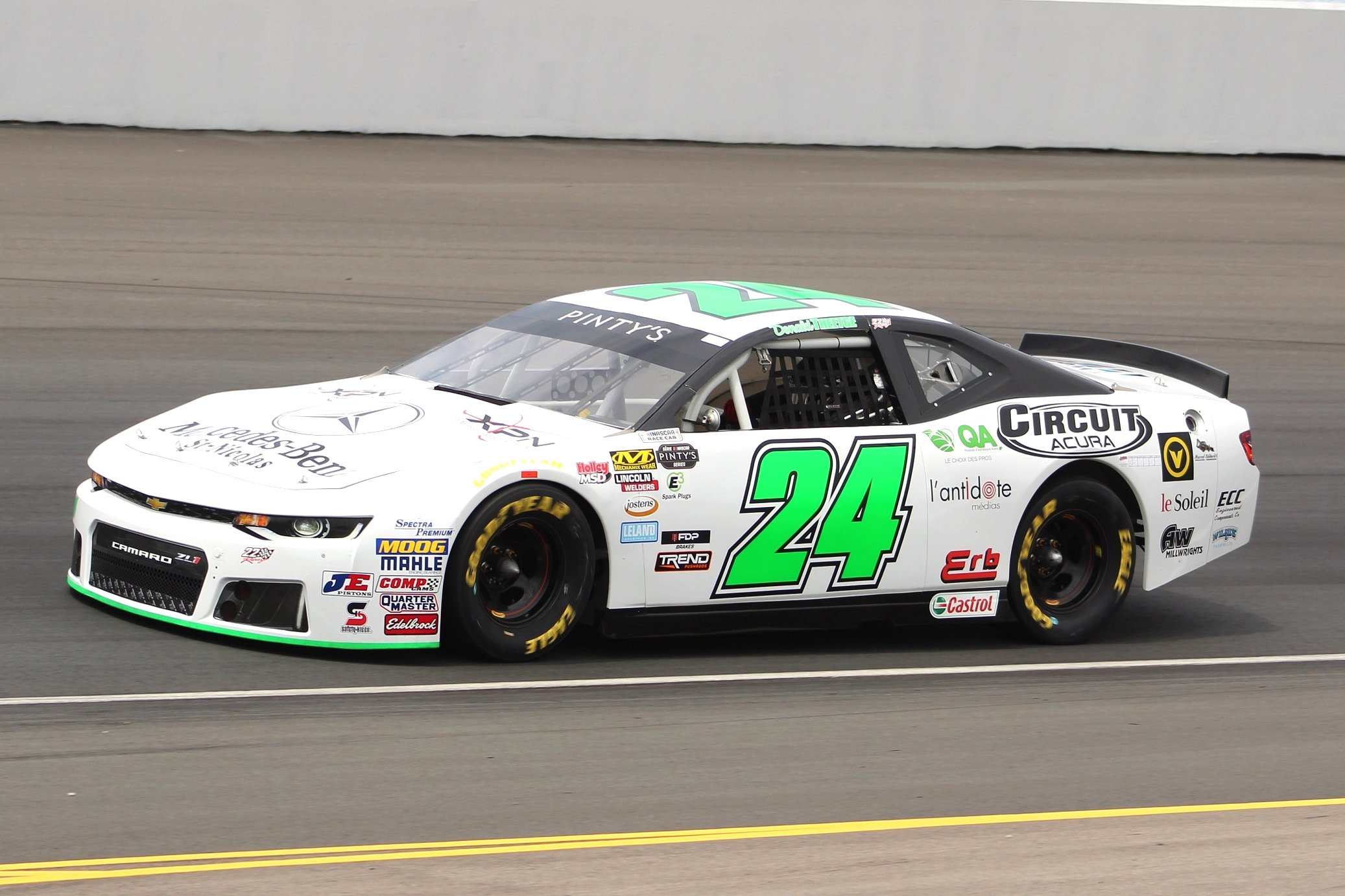 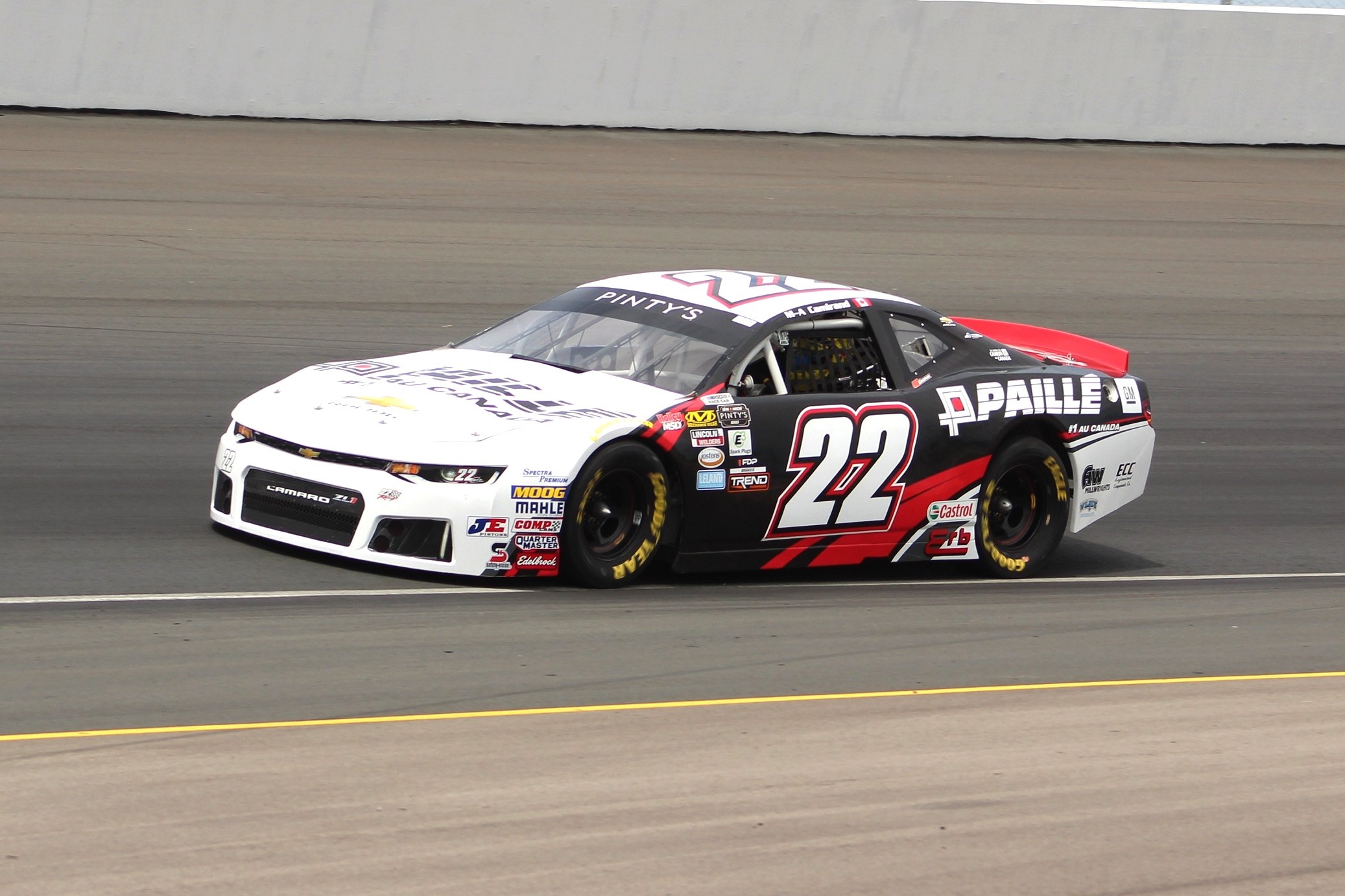 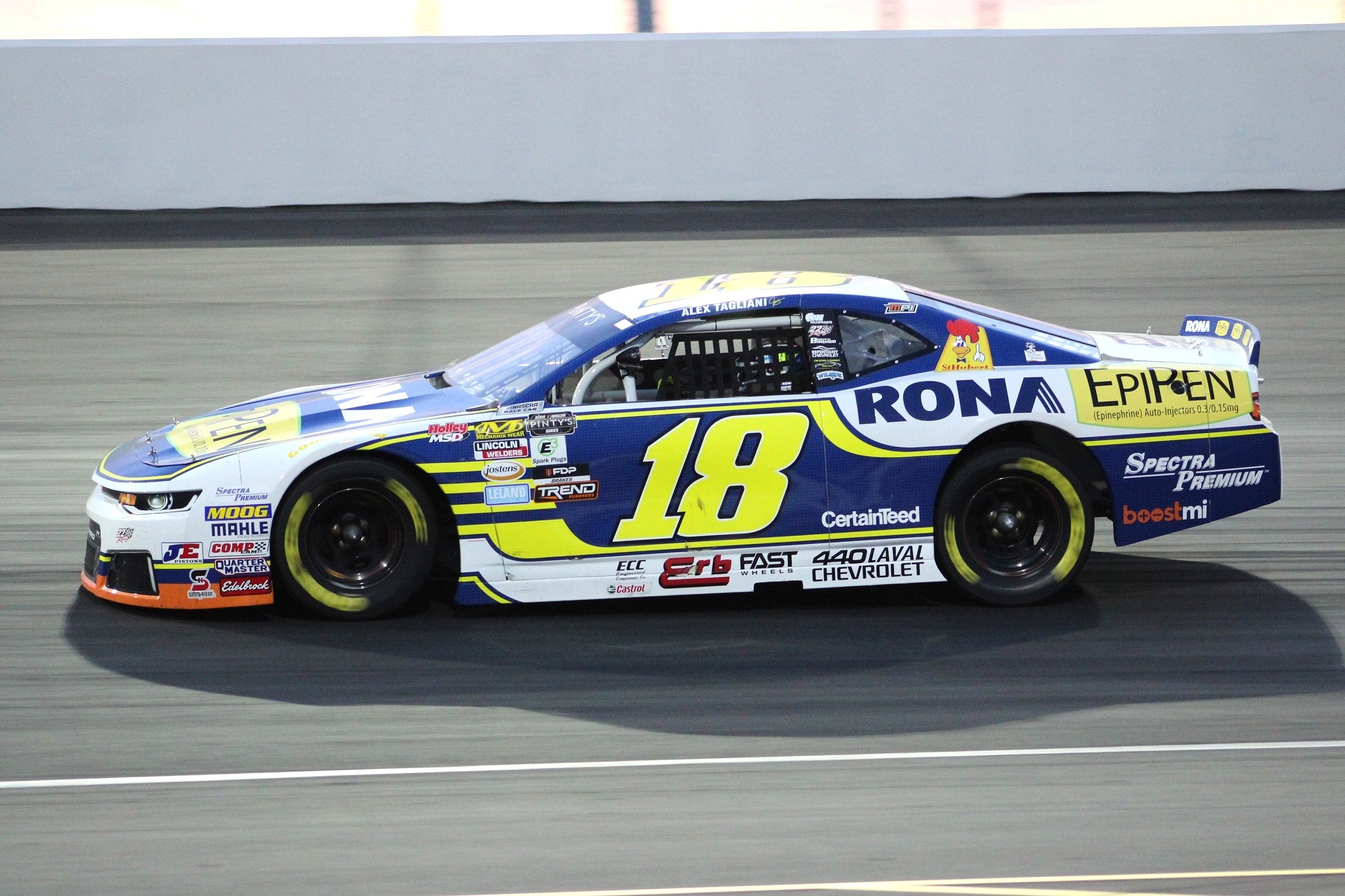 Milverton, ON, Wednesday June 27, 2018:   The NASCAR Pinty’s Series heads to Quebec this weekend for the first of three Quebec events this season.  The Bumper to Bumper 300, event three of the season, will take place on Saturday June 30th at Autodrome Chaudiere south of Quebec City in Vallee-Jonction.

22 Racing have had a measure of success at this track starting with team owner Scott Steckly who dominated the 2015 event only to experience a part failure with 28 laps to go.  The current list of drivers including #18 Alex Tagliani in the EpiPen/Rona/St-Hubert Camaro, #22 Marc-Antoine Camirand in the GM Paille entry and #24 Donald Theetge in the Mercedes-Benz St. Nicolas/Circuit Acura car have posted four top fives and one pole in seven combined starts.

Currently sitting third in the NASCAR Pintys Series point standings driver Camirand is making only his second start at this track.  He competed in the full 2015 series schedule and started 16th with an 11th place finish.  His second-place finish at CTMP and fourth at Jukasa have given him a good start to the season and his current points ranking.  “After a strong top 5 finish at Jukasa looking forward to smaller Autodrome Chaudiere,” said Camirand.  “I’m sure there will be a lot of action but the #22 GM Paille Camaro ZL1 will be fast as usual, so we are looking forward to a strong finish.”

Tagliani coming off his first podium of the season, a second-place finish at Jukasa two weeks ago will be looking for another podium finish to match or better his third-place finish here in 2016.  In four starts he has two top five finishes to his credit. “Excited for the third round this weekend, as obviously the first two were good for us,” said Tagliani.  “I’m pleased with the team as they have been doing a fantastic job especially with a new car we didn’t get to test before Jukasa.  Again, they are showing good team spirit this year and it is a real pleasure to work with them and the performance of the cars has been strong.  After our bad luck while leading at CTMP with 3-1/2 laps to go, we are clawing our way back up in the championship and making up points.  The third round is very important to us and hopefully with another race under our belt with our car we can get another good result.  It is important because our schedule is getting busy with racing and with lots of appearances and cool stuff with the sponsors.”

Theetge coming off two tough races to the start of the NASCAR Pinty’s Series season will be looking to turn his season around this weekend.  In two previous starts at Autodrome Chaudiere he has notched one pole and two top five finishes.  A great place to rebound from the slow season start.  “With the bad start to our season we need at the minimum a podium finish to get us back on track in the points,” said Theetge.  “But a win is really on my mind and I have the team to help me get there.”

The schedule for the Bumper to Bumper 300 from Autodrome Chaudiere in Vallee-Jonction Quebec has NASCAR Pinty’s Series practice at 1:30, qualifying at 4:15, autograph session on track at 6:45 and green flag at 8:00 p.m. As there is no pit road at Autodrome Chaudiere there will be a competition caution break near or at the half way point of the 300 lap race.  The teams will exit the track and go to their assigned pit stalls to make adjustments, change tires and add fuel.  The field will line up as they crossed the start finish line prior to the break for the restart.

Autodrome Chaudiere is a ¼ mile high banked oval that is considered to be the most banked track in Quebec. They are accredited as a NASCAR Home Track and hosted their first NASCAR Pinty’s Series race in June 2014.