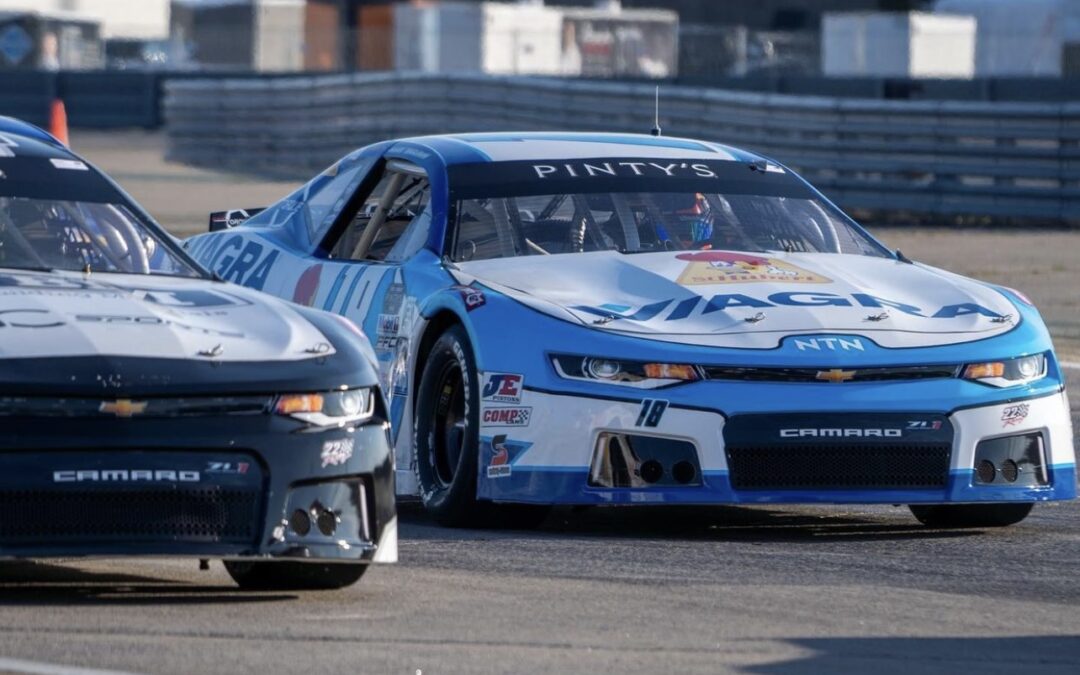 On Saturday, August 27th at Circuit ICAR raceday was about to begin when some light rain rolled in. Due to the rain, the morning’s practice session was canceled and the afternoon’s qualifying session was changed to be a hot laps session to give the drivers and teams a chance to get their car’s ready for the evening’s 70-lap race. Driver’s would begin the General Tire 125 based on their position in the points standings.

With Lapcevich coming off of his victory at Ohsweken Speedway and Tagliani having 3 top-five finishes at ICAR in the past, both drivers were hoping to build off of their momentum and secure a solid finish.

At 5:45 the command to start the engines was given and the General Tire 125 was underway. With very few cautions, it gave the drivers lots of time to develop their own strategy on the track as they tried to work their way to the front.

Alex Tagliani started the race in 3rd. Tagliani experienced some difficulty with the car on the breaks and got shuffled back on restarts, finishing 7th. “One of the restarts didn’t help us, guys were fairly aggressive so we lost out on that restart quite a bit. And then we didn’t really have the pace to try to make passes. We were good on the long run, but we were not very good to fire up right after a restart, so there are a few things we need to improve. We are going to roll our sleeves up and get to Mosport and get a lot better,” Tagliani said.

Treyten Lapcevich started the race in 4th. For it being only his second time at this road course Treyten Lapcevich drove with patience and maturity as he acclimated to the track. “We struggled a bit after practice with the engine, and I just don’t think we got a good feel with the car in practice. The car in the race just struggled a little, a little tight entry, a little tight center, so overall I think we learned a lot as the day went on and we came home with another solid top ten and the car in one piece,” Lapcevich said after finishing 8th.

The NASCAR Pinty’s Series 2022 season continues on Sunday, September 4th at Canadian Tire Motorsport Park for the second last race of the season!