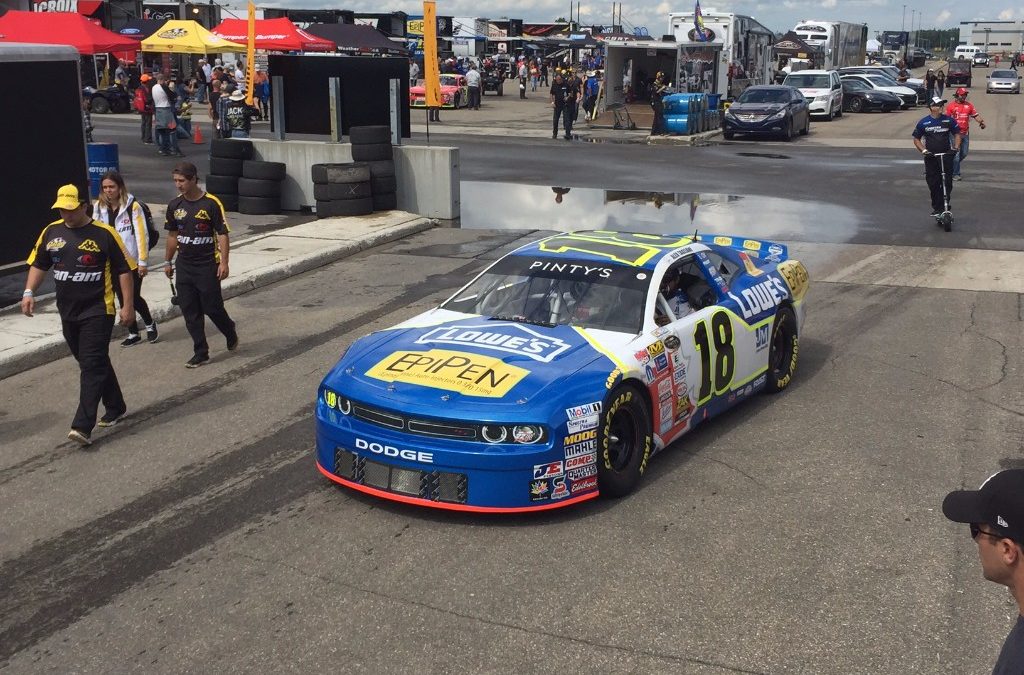 Tagliani, Camirand & Andretti to Vie for the Win
on the Streets of Toronto

Milverton, ON – July 12, 2017:  The much-anticipated Honda Toronto Indy weekend is almost upon us and 22 Racing is thrilled to enter a Triple Threat to win the Pinty’s Grand Prix at this year’s Honda Indy of Toronto.

The Triple Threat starts with Alex Tagliani as the defending race winner in his #18 EpiPen/Lowes Canada/St-Hubert/Spectra Premium Dodge. He has had a strong start to the 2017 season and is due for his first win. He also has something to prove after leading 61 of the 75 scheduled laps in last weekend’s event only to lose the lead on a restart and finish fifth. Tagliani also launched this week his Food Allergy Canada’s Drive the Discussion Contest 2017 with support from long-time partner EpiPen.

Next up is Marc-Antoine Camirand from St-Leonard d’aston Quebec is excited to compete on this legendary street circuit for the very first time.  Camirand made an impressive 2017 series debut for 22 Racing at ICAR last weekend.  Starting sixth, he moved up through the field and lead twelve laps much to the delight of his primary sponsor GM Paille the #1 GM dealer in Canada who were in attendance.  Look for Marc-Antoine to be in the mix at the checkered flag in the #22 Chevrolet Impala.

Last but not least, the final driver in the Triple Threat for the Pinty’s Grand Prix win is Adam Andretti of Brownsburg, IN.  The Andretti name is synonymous with the Toronto Honda Indy and he is a definite wild card who is an accomplished road racer.  In his own words, he is excited and can’t wait to get on the track in these full-bodied stock cars.  Andretti will drive the #44 Engineering Components Co./Anchor Bolt & Screw Co./Bell Helmets/Hinchman Racing Uniforms Dodge.

On track events for the NASCAR Pinty’s Series teams starts on Friday with practice from 11:40 – 12:40 p.m. and qualifying later in the day at 3:35 p.m.  Saturday starts with an autograph session at 12 noon in the Atrium with the Pinty’s Grand Prix on the Streets of Toronto to follow at 3:45 p.m.

Honda Indy Toronto will again bring back the popular FAN FRIDAY and encourages all attendees to make a donation to support Make-A-Wish® Canada, in lieu of entrance fees. FAN FRIDAY is made possible thanks to the Ontario Honda Dealers Association (OHDA).

All contributions over the weekend to Make-A-Wish Canada will be matched dollar-for-dollar by Honda Canada.