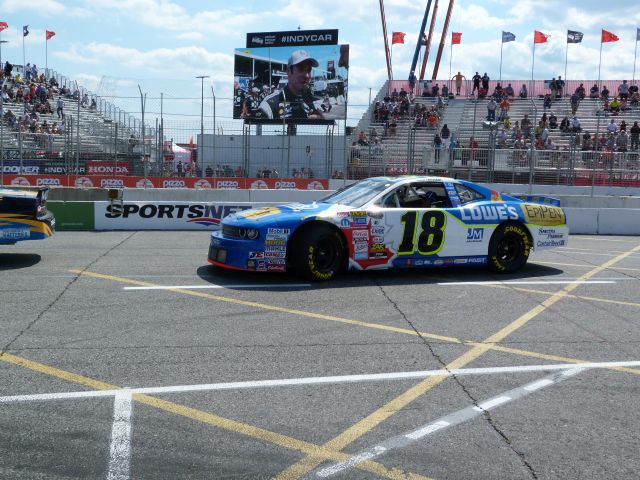 August 9, 2017:   One of the premier events on the 2017 NASCAR Pinty’s Series 2017 schedule will be held this weekend in Quebec.  The Grand Prix de Trois Rivieres began in 1967 making it the oldest street course event in North America. It is event number nine in the thirteen race 2017 season schedule.

Alex Tagliani in the #18 EpiPen/Lowes Canada/St-Huberts Dodge will look to get back to his winning ways on a track he knows well.  He is winless in 2017 after posting three victories last year so Tagliani and his team are anxious to get back to the top step of the podium.  In six career starts here he has two poles and three top five finishes and he currently sits sixth in the Championship standings.

Marc-Antoine Camirand will be back behind the wheel of the #22 Racing GM Paille Chevrolet and he is touted as the driver in this race who has the most laps on this street circuit.  Camirand will be looking to avenge his misfortune in the Toronto Pinty’s Grand Prix event where he ran second for most of the race but a miscue with six laps remaining took him out of the event. Look for Marc-Antoine Camirand to again be challenging for the win. In his four starts at GP3R, Marc-Antoine has one pole and one top ten finish.

The Cam-Am 50 Tours event will start Saturday with practice at 12:40 and qualifying at 5:15 and the 50 lap event on Sunday at  2:18 p.m.  For more information please visit their website at gp3r.com

This event will be televised on TSN on Saturday Aug. 19th at NOON and on RDS 2 LIVE.