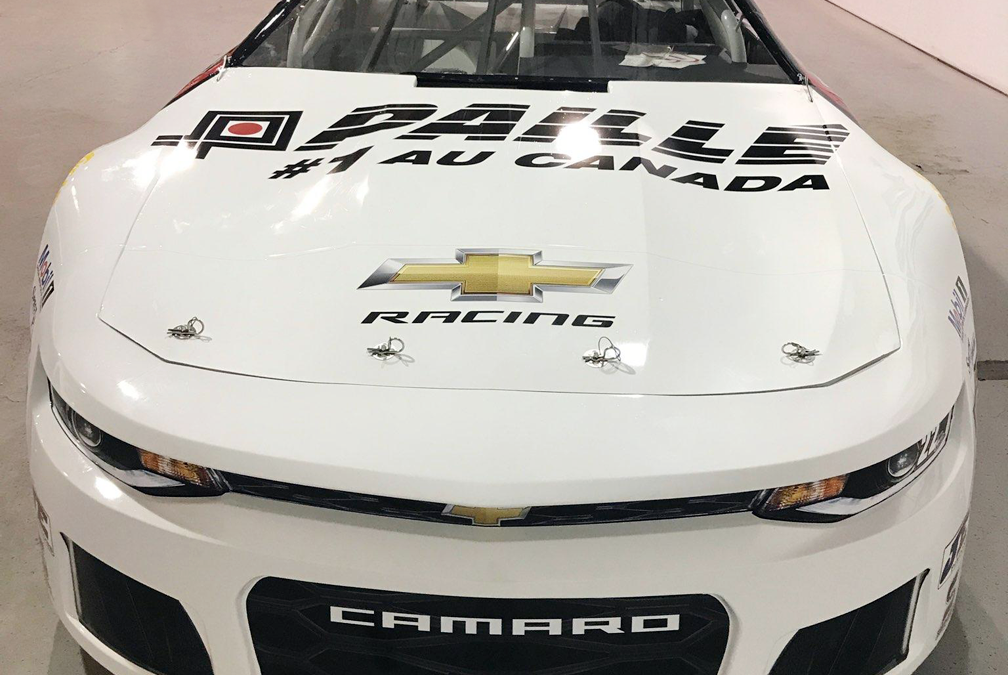 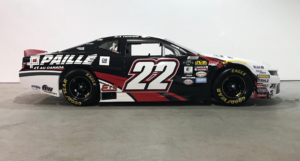 MILVERTON, ON, Wednesday February 21, 2018:   On the heels of the announcement this week by GM Paille, Marc-Antoine Camirand and 22 Racing, we are pleased to announce that all eight of our NASCAR Pintys series cars will be converted to the new 2018 Chevrolet Camaro ZL1.

The #22 of Marc-Antoine Camirand, the #18 and the #24 of Donald Theetge will all be competing in the ZL1 Camaro at all thirteen NASCAR Pinty’s Series events across the Country in 2018.

“We have had a long and prosperous relationship with Dodge for the past 11 years in NASCAR in Canada and we thank them for their support.  But we are extremely excited and proud to launch the 2018 Chevrolet ZL1 Camaro in the NASCAR Pintys Series this year,” said team owner Scott Steckly.  “It has been incredibly busy since the first of September getting all the pieces in place to bring this car to the track.  The support and help of GM Paille owner JC Paille, Tony Novotny at Performance Fiberglass and NASCAR Canada have made it a reality.”

“Chevrolet is proud to support 22 Racing as it introduces the ZL1 to NASCAR Pinty’s Series, adding to the long and storied history of Camaro performance,” said James Hodge, advertising manager, Chevrolet in Canada. “The ZL1 is a time-honoured and track-tested badge that was designed to excel at everything and we know it will excite the drivers, fans and customers as it joins NASCAR’s top Canadian series.”

With the team of winning and top performing drivers in the stable at 22 Racing they fully expect to notch many podiums and wins in the ZL1 Camaro for Chevrolet in 2018.

The NASCAR Pintys Series season kicks off at Canadian Tire Motorsport Park on Victoria day weekend May 19/20.  Click on this link for the entire 2018 series schedule. https://www.22racing.ca/schedule/

About the Chevrolet Camaro

The Camaro ZL1 brings a unique, track-focused legacy to NASCAR. The ZL1 name was originally bestowed in the 1960s on a Chevrolet-developed all-aluminum racing engine that became a dominating force in road racing. In 1969, a few enterprising dealers used Chevrolet’s special-order system to get the ZL1 engine installed in 69 regular-production Camaros. The cars became instant legends on the street and dragstrip.

More than 40 years later, Chevrolet reintroduced the ZL1 as the ultimate performance Camaro, developed to offer track-capable performance straight off the showroom floor. The 2018 Camaro ZL1 is powered by a 650-horsepower supercharged engine featuring a similar 90-degree V-8 configuration as the Cup racing engines.

The new Camaro ZL1 race car builds on a winning legacy carried by the previous Chevrolet SS, which has scored 70 Cup Series wins to date and contributed to Chevrolet earning a record 39 NASCAR manufacturer titles — including 13 consecutive titles from 2003-2015.

22 Racing is owned by 4X NASCAR Pinty’s Series Champion Scott Steckly and is based out of Milverton Ontario in a new (2014) 7,500 square foot race shop.  They have fielded teams for drivers such as Christopher Bell, Jacques Villeneuve, James Buescher, Jeb Burton, Kaz Grala, L.P. Dumoulin, Max Papis and many others.