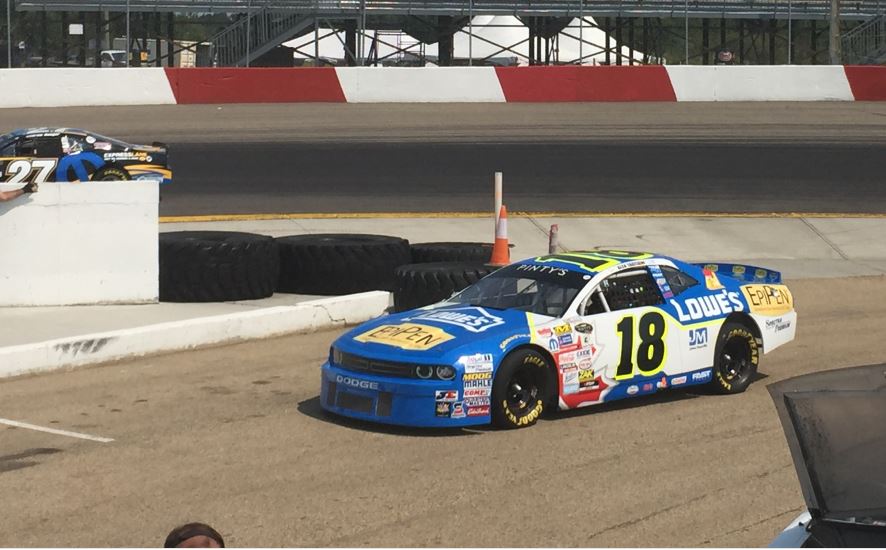 August 17, 2017:  The NASCAR Pinty’s Series teams are back on track this Saturday at Riverside International Speedway in Antigonish Nova Scotia for event ten of the thirteen race schedule.

Tagliani will once again pilot the #18 EpiPen/Lowes Canada Dodge.  In only his second start at Riverside Speedway he will be looking to build on his win from last weekend at the Grand Prix de Trois Rivieres, his first of the 2017 season.  This track is considered a mini Bristol speedway with high banking and high speeds similar to Sunset Speedway where he has won twice in the past.  In 2016, Tagliani started in 6th position and finished 9th, something he hopes to improve on this year.

Donald Theetge will be back behind the wheel of the #22 Circuit Acura/Le Soliet/L’Antidote Media Dodge for his 6th start of the season.  This will be Theetges first visit to Riverside Speedway but it is a much-anticipated start for him as he looks forward to backing up his 2ndplace finish at Edmonton International Raceway in July.  He has been very fast at tracks like Kawartha and Saskatoon which are similar in configuration so big things are expected of the #22 driver this weekend.

The Bumper to Bumper 300 will take place on Saturday Aug. 19th with practice at 12:30 p.m., qualifying at 3 p.m., autograph session at 5:25 p.m. and the green flag at 8 p.m. ADT.  For more information please visit their website at  riversidespeedway.ca