22 Racing Teams Back in Action at Canadian Tire Motorsport Park 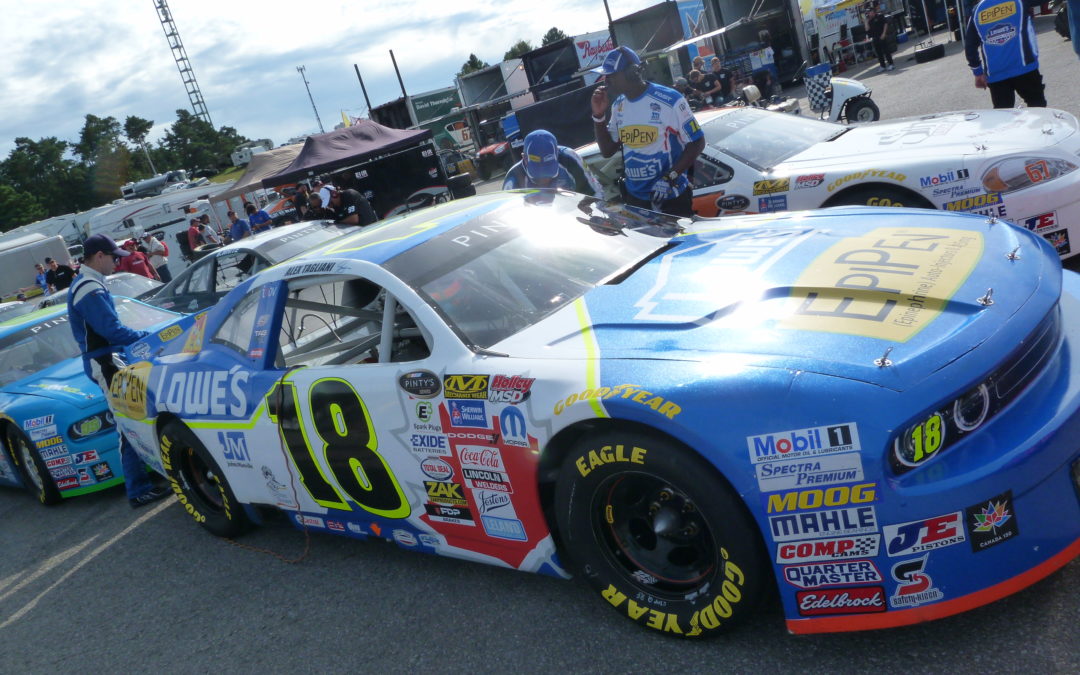 Tagliani will be behind the wheel of his #18 EpiPen/Lowes Canada Dodge as he looks to keep the momentum going on road courses as he comes off the win at Grand Prix de Trois Rivieres earlier in the month. He also ran in the top 3 at the Pinty’s Grand Prix of Toronto until a late race part failure took him out of contention.   In his six previous starts at CTMP in the NASCAR Pinty’s Series, Tagliani has 2 top tens and has led 38 laps.  This is a race he would like to check off his bucket list.

Marc-Antoine Camirand will again be piloting his #22 GM Paille Chevrolet and is coming off another podium finish of third at the Grand Prix de Trois Rivieres.  He also ran in the top two for much of the Toronto Indy event until he brushed the wall with a handful of laps remaining and ended his day.  Camirand has five previous NASCAR starts at CTMP with two top tens including a third place podium finish in 2014.

Adam Andretti will get back behind the wheel of the #44 Engineered Components Company/Anchor Bolt & Screw Dodge.  Andretti showed the country how to start at the back of the field twice on the tight confines of the Toronto street course and go to the front. His first start in the NASCAR Pinty’s Series and on the Toronto Indy circuit proved to be exciting as he wheeled the #44 car to a third place podium finish. Andretti’s only previous start on this course was in the Trans Am series where he led the most laps but a fuel pick-up problem cost him the win and they settled for a third place finish.

For more information on the Total Quartz 200 from Canadian Tire Motorsport Park please visit their website at  canadiantiremotorsportpark.com