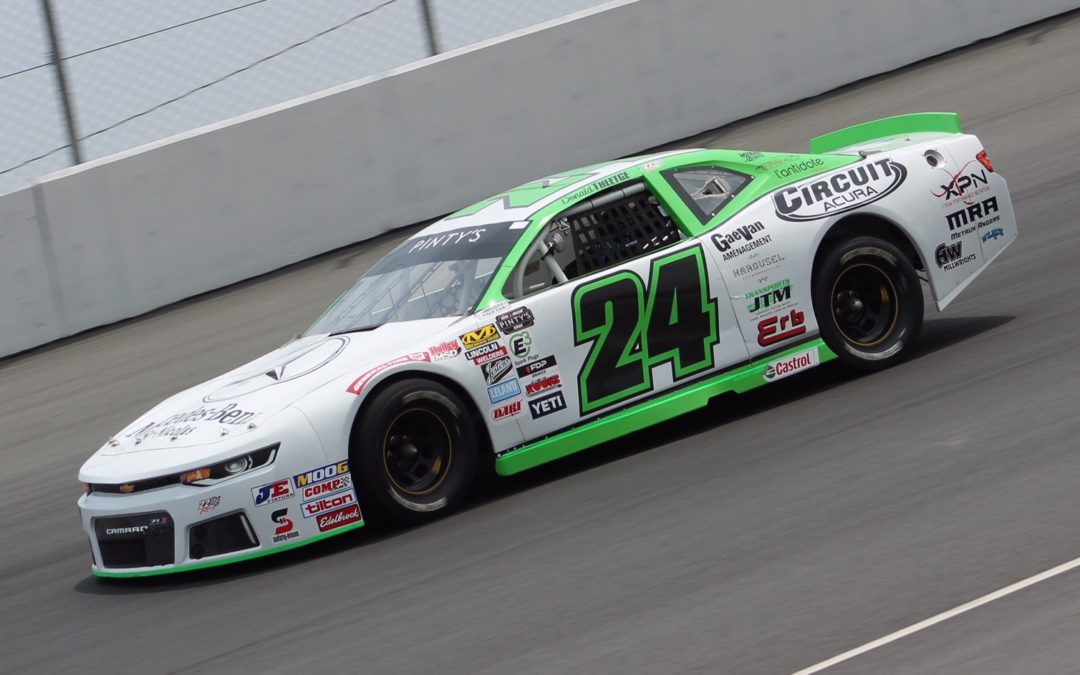 Milverton, ON, Tuesday July 23, 2019:   The 22 Racing haulers left the shop on Sunday loaded with race cars and equipment for three NASCAR Pinty’s Series events in a span of four days in Western Canada.

The annual western swing starts off with the Bayer Velocity Twin 125’s on Wednesday night at Wyant Group Raceway in Saskatoon. These are a pair of full points paying race events that the drivers look forward to doing well at as they signal the half-way point in the season championship.

In current team news, Driving Force have joined 22 Racing as the Official Team Transportation Partner for the Western portion of our schedule.  For more information on vehicle rental and leasing options visit them at www.drivingforce.ca

“It’s All About the Experience, at Driving Force we make transportation solutions easy.”

Scott Steckly, team owner of 22 Racing knows Wyant Group Raceway well and will likely be imparting some of his knowledge to the three 22 team drivers.  He has three wins here including 2009, 2013 and his final year of competition and his final championship year in 2015.

Alex Tagliani driving the #18 Rona/EpiPen Chevrolet looks to move up on the podium stairs to better his best finish on this banked oval of 3rd in race number one last year.  Over seven starts he has 3 top 5’s and 6 top 10’s.

Marc-Antoine Camirand is making only his 4th start here but has compiled some great stats. All three of the #22 GM Paille sponsored Chevrolet Camaro drivers starts have been in the top five, with his best finish of 3rd coming last year.

Donald Theetge driving the #24 Mercedes-Benz St Nicolas/Circuit Acura entry will be making his final start here in the second twin 125 but he has an impressive record in his four previous starts.  No finishes outside the top six with his first NASCAR Pinty’s Series win coming here in the first of two events last year while putting up a total of 110 laps led.

Spectator Gates open at 12 noon (all times are CST), with NASCAR Pinty’s Series practice starting at 12:20 p.m.  Qualifying will be up next at 3:00 p.m. with Autograph session taking place for the fans at 4:35 p.m. Green flag will wave for race number one at 6:05 p.m. and green flag for race number two will be at approximately 8:30 p.m.

The Bayer Velocity Twin 125’s will be live streamed on TSN.ca and their TSN app and on FansChoice.tv in the U.S.

For more information on the events and ticket information visit their website at wyantgroupraceway.ca