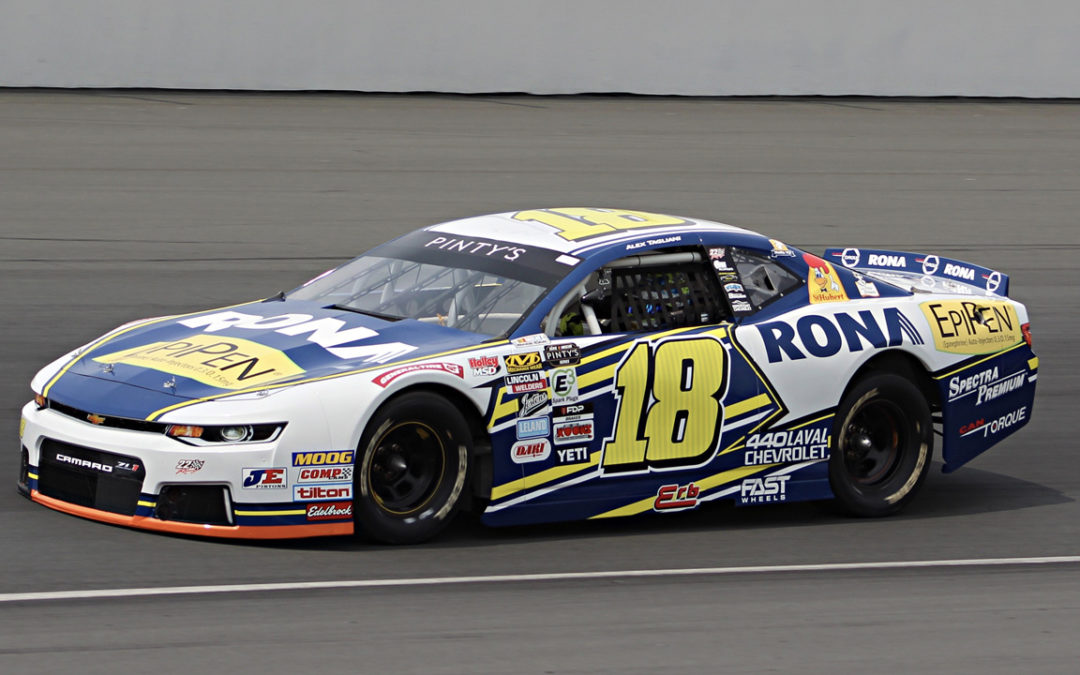 Starting his Team 22 Racing #18 Chevrolet EpiPen-RONA/St Hubert in eighth place on the grid, Tagliani hung around 10th position in a tightly bunched group of cars during most of the race, but he started to move up the field after lap 250 going from eighth to fifth by lap 272. The race was red flagged on lap 273 in order to clean up the track after LP Dumoulin and Jason Hathaway had a severe contact. After a lengthy delay, the race was restarted under a yellow caution, but rain put an end to the contest.

“It’s a satisfying top five finish, but I was not at all pleased with how the car handled in the race because I was not driving a winning car today, but a car good for a top five finish,” said Tagliani after the race. “On the positive side, when the car is not performing at its best, Team 22 Racing always manages to find solutions to make it better during the race. We did not test here earlier this year and that caused us some problems to set up the car for the race because the morning practice was shortened to 30 minutes because of bad weather. But I am still pleased with the outcome that enables me to move up to third place in the driver standings.

“We need to get back to work because the car is not where it should be at this point of the season. Top five finishes is not who we are. But I must admit that the team worked really hard to improve the car all day long. We tried some stuff that did not work early in the race, but they made the right changes and I was back on the leaders lap and moving up the field. The most important thing is that I stayed away from the bumping and grinding that was going on.”

Lessard won ahead of Kevin Lacroix and Alex Labbé. Andrew Ranger and Alex Tagliani rounded out the top five. Seventeen cars started the race with 12 of them were running at the finish, eight on the lead lap.

Pinty’s Grand Prix next in Toronto

The next round of the 2019 schedule will be held Saturday July 13 at 5:15 p.m. at Exhibition Place in downtown Toronto. Qualifying to set the starting grid for the Pinty’s Grand Prix will be held Friday on the urban track at 5:15 p.m.

Fans in Canada will now be able to stream all NASCAR Pinty’s Series races live for the remainder of the season. The announcement came yesterday after NASCAR and TSN announced earlier this year a partial-season six-race streaming schedule.

In the Drivers Championship, Tagliani moves up one spot to third place, 20 points behind new leader Kevin Lacroix who is one point ahead of Andrew Ranger. In six NASCAR Pinty’s start at Autodrome Chaudière, Tagliani has collected, three top-five and four top-ten finishes. In 74 NASCAR Pinty’s starts, Tag has recorded nine poles, won 8 times, finished 32 times in the Top-5 and 50 in the Top-10.