Adam Andretti To Compete In 22 Racing Entry Again In 2017 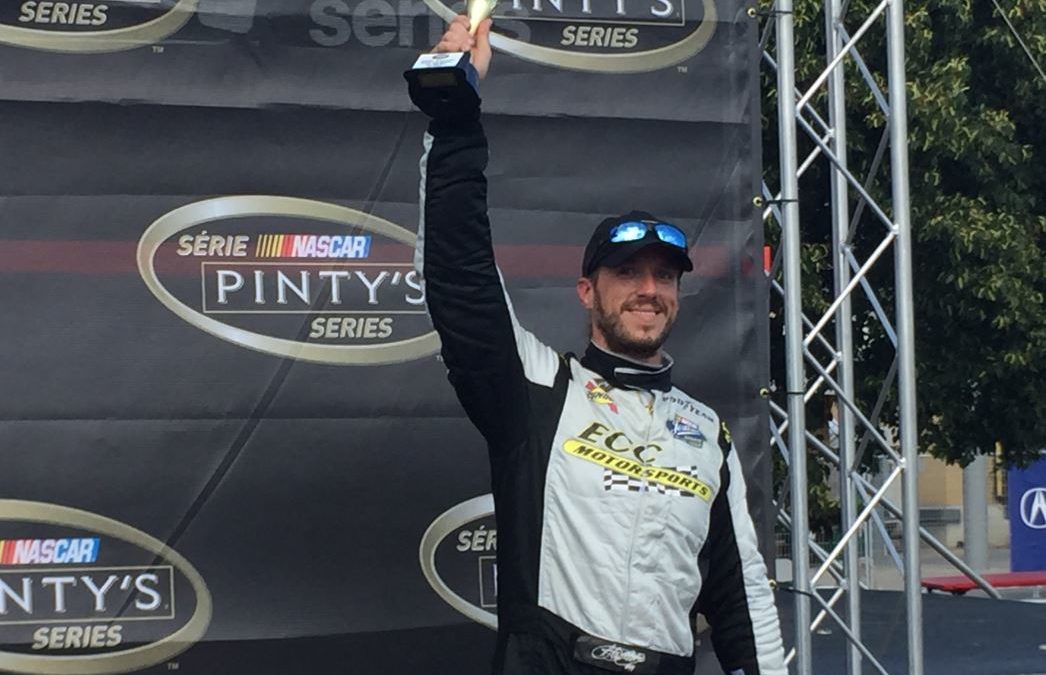 For Immediate Release
Milverton, ON, August 15, 2017:  Exciting news out of the 22 Racing shop as Adam Andretti announced earlier today on 570 News with Mike Farwell that he will drive again for the team in 2017.

Adam Andretti made his debut for 22 Racing in the NASCAR Pinty’s Series at the Pinty’s Grand Prix of Toronto in conjunction with the Toronto Honda Indy in mid-July on a track he had not previously raced on.  He put on a spectacular show coming from the back of the field twice to finish on the podium in 3rd.

Now Andretti will return to the NASCAR Pinty’s Series to a track he knows and has raced on previously in Trans Am.  He will return to action on Labour Day weekend at Canadian Tire Motorsport Park in the #44 Engineered Components/Anchor Screw & Bolt Dodge for 22 Racing.

“I am so pumped to be back at Canadian Tire Motorsport Park,” said an enthusiastic Andretti.  “I have not been back since the 2015 Trans Am season.  Ever since the checkered flag fell at the Pinty’s Toronto Grand Prix I have been chomping at the bit to get back behind the wheel of the 22 Racing Engineered Components/Anchor Bolt & Screw #44.  I can’t think of a better place than CTMP to get my second NASCAR Pinty’s Series start.  This place is very special to our family, it even has a straightaway named for my Uncle Mario and is also the site of my father Aldo’s last race in 1984.  One thing I do know for sure is there is going to be very tough competition out there.  The toughest arguably coming from my teammates Alex & Marc-Antoine who are coming off very strong performances at Trois-Rivieres last weekend.  As always I am looking forward to interacting with the great race fans at CTMP and battling fierce competition found in the NASCAR Pinty’s Series.”

“I am very excited to have Adam back behind the wheel of one of our 22 Racing entries and no doubt he will be a force to be reckoned with at Canadian Tire Motorsport Park,” said team owner Scott Steckly.  “Adam is such a personable guy and loves interacting with fans, teams and other competitors so he is a great addition to our team.”

The Total 200 from Canadian Tire Motorsport Park will take place on Sept. 1st & 2nd in conjunction with the NASCAR Camping World Truck Series. For more information on tickets and schedule please visit canadiantiremotorsportpark.com