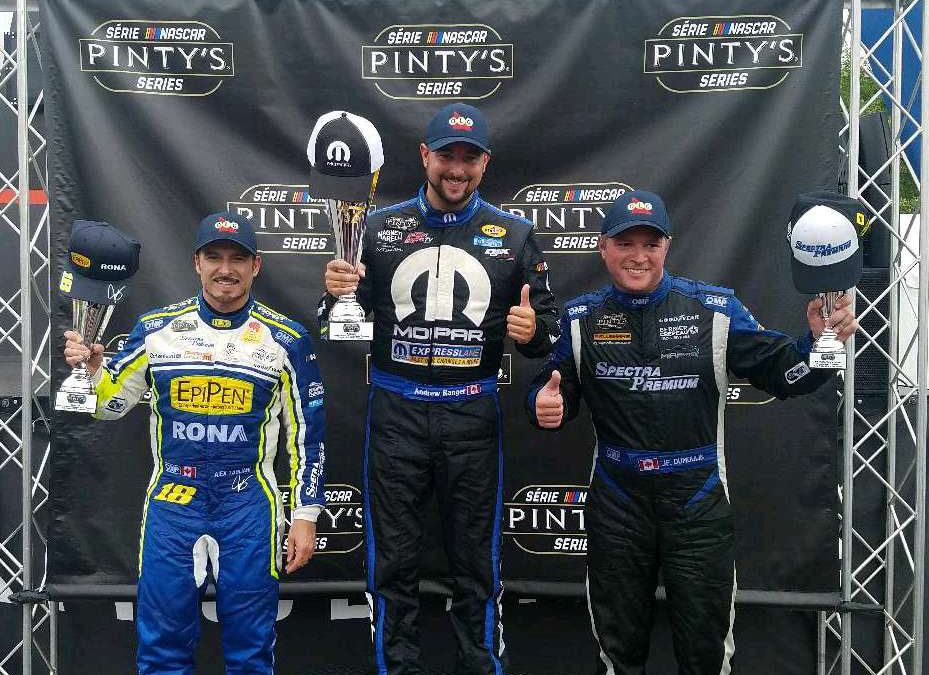 Montreal, July 10, 2019 – Alex Tagliani is returning this weekend to one of his favourite tracks and will compete on Saturday afternoon, July 13, in Round 4 of the 2019 NASCAR Pinty’s Series held at Exhibition Place street course in downtown Toronto. After winning the race in 2016, Alex returned last year to finish second. Starting from the pole, Tagliani led the first 35 Pinty’s Grand Prix of Toronto scheduled laps, but an accident involving Kevin Lacroix on lap 30 resulted in a full course caution that pushed the race into NASCAR overtime. On the restart on lap 36, in his fourth try, Andrew Ranger, who had been tailing Tagliani all race long, finally went by Tag on his way to the chequered flag.

“Here we are in downtown Toronto for the fourth race of the season and standing in third place in the championship. This urban track has always been good to car 18 of Team 22 Racing as we usually excel on street courses,” said Alex Tagliani. “This is an important weekend that offers us the opportunity to score maximum points and close the gap on the leaders. The team has continued to work on the number 18 Chevrolet Camaro EpiPen-RONA-St Hubert-Spectra Premium in order to improve its performance with the new General Tires.

“The Toronto Indy Car race weekend is usually a big party for fans and we want them to join the fun at the RONA booth at Exhibition Place during the NASCAR Pinty’s Grand Prix by playing challenging interactive games. Winners could earn exceptional prizes such as a set of Fast Wheels car hubs or a VIP experience at the NASCAR Gander Truck Series at Canadian Tire Motorsport Park in late August.

“Overall, it is an important race weekend on a track that has been good to me.”

Over the course of its five-year history, the Pinty’s Grand Prix of Toronto has only seen three drivers on the top step of the podium and all three are currently leading the 2019 points standings. Kevin Lacroix, Toronto winner in 2017, leads the points chase, one marker ahead of Andrew Ranger, winner in 2010, 2011 and 2018. Third in the standings and 20 points back, is Alex Tagliani who won in 2016.

Tagliani also ran in the Atlantic, Champ Car and Indy Car Series in Toronto. In eighth Champ Car starts between 2000 and 2007, he recorded three top fives including a second place in 2001 and finished seven times in the top 8. He also competed six times in Indy Car between 2009 and 2013, finishing three times in the Top 10. He won in the Atlantic Series race in 1998 after finishing second the year before.

Photo 1: Alex, on the left on the 2018 Toronto podium, with winner Andrew Ranger and third-place finisher Louis-Philippe Dumoulin.

Photo 2: The Chevrolet EpiPen/RONA/St Hubert/Spectra Premium of Alex Tagliani in Toronto in 2018.