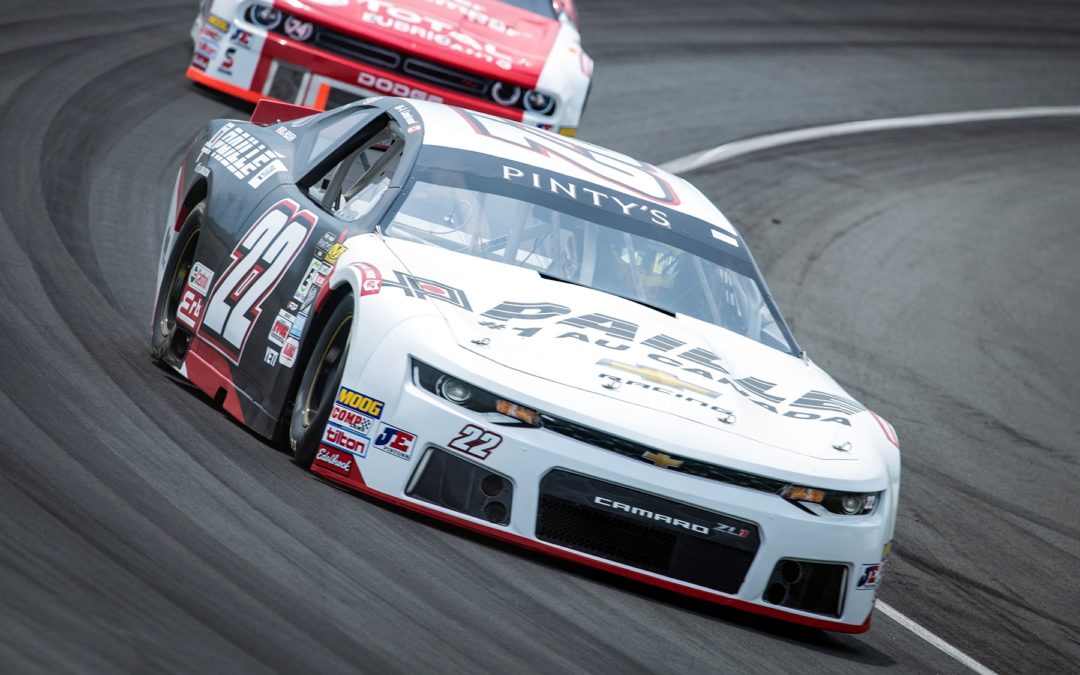 Hagersville, ON, June 2, 2019 – Marc-Antoine Camirand clinched a sixth-place finish on Sunday, as the NASCAR Pinty’s series was at Jukasa Motor Speedway, near Hamilton, ON. The driver had a strong finish in the rain-delayed race, despite an erratic GM Paillé n°22 Chevrolet Camaro.

Camirand took time to make himself comfortable with the 5/8-mile oval, on Saturday. He scored the 13th time in practice. “I was too slow entering the turn, so I had to hit the gas while turning, which made the car understeer. After discussing with Scott (Steckly, the team owner), I was able to take the turn faster,” he explained. Camirand qualified in 10th place, over three tenths of a second faster than in practice.

After the rain washed out the track and postponed the APC 200 from Saturday night to Sunday afternoon, the team had to expect different track conditions for the race. At the start of the 250-lap race, Camirand found himself with a difficult car.

“The car was oversteering at the beginning of the race. The crew changed a rear tire to try to make it better, but somehow, it got worse. After I came back to the pit to put the first tire back on the car, my GM Paillé n°22 Chevrolet Camaro became too tight. We spent a large part of the race trying to find the best adjustments for the car,” said Camirand.

Camirand was able to pull off a late charge to make his way to the front, coming back to sixth place at the wheel of the GM Paillé n°22 Chevrolet Camaro. “We had been chasing the right setup since the beginning of the race, but it got better at the end. During the last 30 laps, I was just as fast as the leaders, but didn’t have enough speed to pass them. This sixth-place finish is just as good as the car I had. I’m happy to secure precious championship points,” he concluded.

Marc-Antoine Camirand and the GM Paillé n°22 Chevrolet Camaro will be back in action on June 29th, as the NASCAR Pinty’s series will make its first stop in Quebec, for the Budweiser 300 at Autodrome Chaudière, in Vallée-Jonction.