Camirand Forced to Retire at CTMP 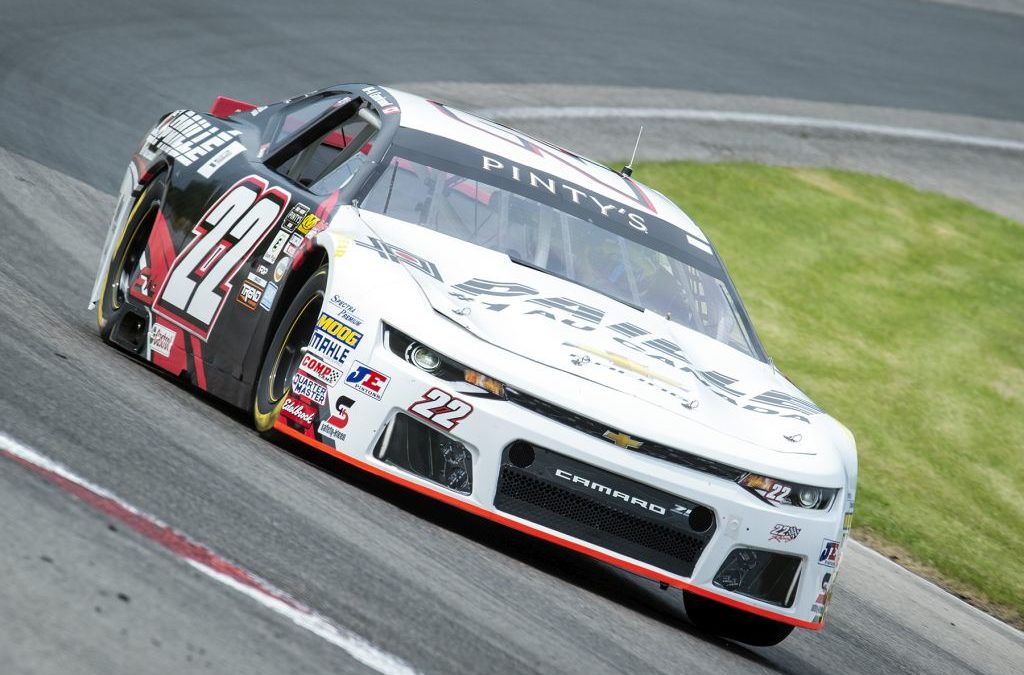 Bowmanville, ON, August 27, 2018 – Marc-Antoine Camirand was hoping to bounce back after a difficult race last week, but his misfortune continued at the Canadian Tire Motorsport Park, for the last road course event of the season in the NASCAR Pinty’s series. His GM Paillé N°22 Chevrolet Camaro suffered engine overheating and the driver was forced to retire after 33 of the 51 laps in the race.

Camirand needed a strong result at CTMP to close up the gap in the drivers’ standings and he showed that he was fast at the beginning of the weekend. On Saturday, he scored the fourth time in practice. Qualifying was rained out, and the starting grid was determined according to practice times.

“I believed the GM Paillé N°22 Chevrolet Camaro was fast enough for a podium finish. At the beginning of the race, I was in third place and I was able to follow the leaders easily. We were looking to preserve the car to have a strong finish,” said Camirand.

Yet, the engine of his GM Paillé N°22 car started to overheat after Camirand’s second pit stop. “I made a very little contact during a restart and it clogged the air intake to the radiator. Moreover, my temperature gauge wasn’t working, so I didn’t realize that it was overheating until steam came out from under the hood,” he explained.

Camirand had to retire after 33 laps, and finally scored a 25th-place finish. Mechanical issues for a second race in a row make it nearly impossible for Camirand to come back in the drivers’ championship.

“It’s a shame, because I was running fourth and I had just taken new tires. From now on, I’ll run one race at the time, and I’ll go for the win. This DNF is very costly on points, but for the three races remaining, I’ll race to have fun and to achieve the best result possible,” he concluded.

Marc-Antoine Camirand and the N°22 GM Paillé Chevrolet Camaro will be back on track on September 8th, at the Autodrome St-Eustache as the NASCAR Pinty’s series heads to the 0.4-mile oval located north of Montreal, QC.