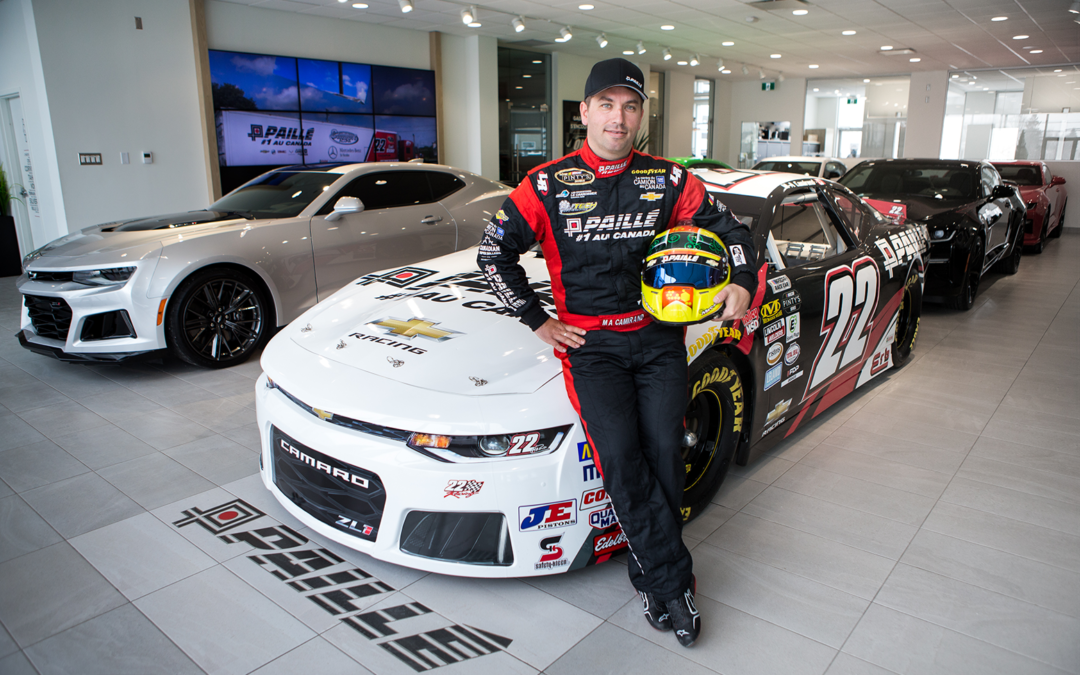 Berthierville, February 19, 2018 – The Chevrolet Camaro is back in NASCAR. While the car made its debut in the top-tier division, the Monster Energy NASCAR Cup Series, as well as other touring series, the new Camaro will be introduced in the NASCAR Pinty’s series next May.

Paillé, #1 GM dealer in Canada, played a lead role to bring back the Camaro in the Canadian division of NASCAR, as his driver Marc-Antoine Camirand will try to capture the championship in the mythic car that celebrated his 50th anniversary last year.

“It was natural for us to showcase Chevrolet’s muscle car in Canada’s most prestigious stock-car series. We wanted to introduce the Camaro in the NASCAR Pinty’s series to have on track a Chevrolet rear-wheel-drive V8 with manual transmission,” commented GM Paillé CEO, Jean-Claude Paillé,

“As soon as we had the approval from Chevrolet Canada, R&D started at 22 Racing shop to introduce the new body in the NASCAR Pinty’s series for the 2018 season. Scott Steckly’s team has worked on the car since last fall,” told Mr. Paillé.

Driver Marc-Antoine Camirand, who will compete full-time in the NASCAR Pinty’s series in 2018, is excited to be at the wheel of the new n°22 Camaro, thanks to the most important GM dealer in Canada.

“I’ve always said how proud I am to work with such passionate and professional partner and team as GM Paillé and 22 Racing. The introduction of the Camaro shows again how serious these people around me are about racing. I’m highly motivated to give them my first win and fight for the championship,” said Camirand.

While the Camaro made an astonishing come back in the Monster Energy NASCAR Cup, winning the 2018 Daytona 500 with Richard Childress Racing n°3 car driven by Austin Dillon, it will be on track in the NASCAR Pinty’s series in May, for the season opener at the Canadian Tire Motorsport Park, in Bowmanville, ON.