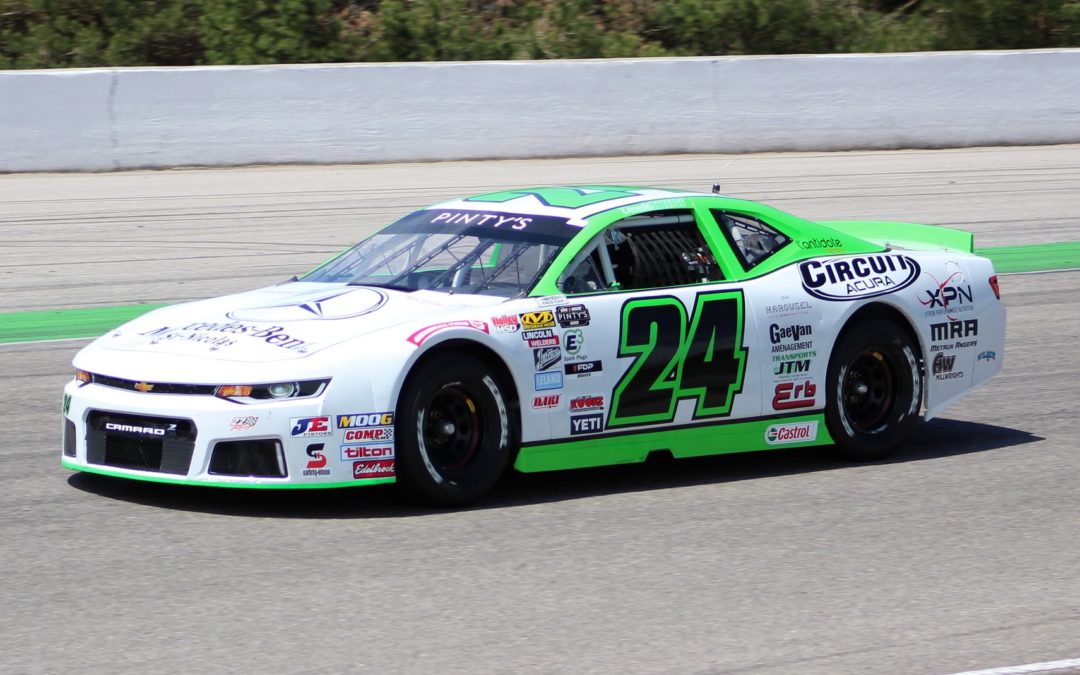 Clarington, ON, Monday May 20, 2019:   The first event on the 2019 NASCAR Pinty’s Series schedule took place on Sunday at Canadian Tire Motorsport Park. The Clarington 200 had 23 competitors take the green flag and Donald Theetge driver of the #24 Mercedes-Benz St. Nicolas/Circuit Acura entry finished a solid thirteenth.

Theetge started the 51-lap event in 18th and decided to settle in and get into a good rhythm.  After a few laps he started moving forward and over the course of the race was scored as high as 8th.  His pit crew had two great pit stops, one for fuel early in the event and another for four tires around lap 38.  A late race caution that had them going back to green flag racing with three laps remaining saw Theetge restart 16th but over the remining three laps he was able to move up three positions to thirteenth.

“Thirteenth is not the finish I was looking for here,” said Theetge after the race.  “I got a little frustrated with a few competitors but we battled through it and moved up a few spots at the end so that helped.  My team and I are really looking forward to the next two oval races at Jukasa and Chaudiere.  We have been really strong at both those tracks so our goal is to finish up front at them and get back into the points race.”

The Clarington 200 was the first of six NASCAR Pinty’s Series races to be live streamed on TSN.ca while all thirteen events will be aired on Fans Choice TV in the U.S.  The event will also be broadcast on Saturday May 25th at 11:30 a.m. on TSN and on Sunday June 15th at 10:30 a.m. on RDS2.

Next on the schedule for the #24 Mercedes-Benz/Circuit Acura team of Theetge is the APC 200 from Jukasa Motor Speedway just outside of Hamilton, ON on Saturday June 1st.