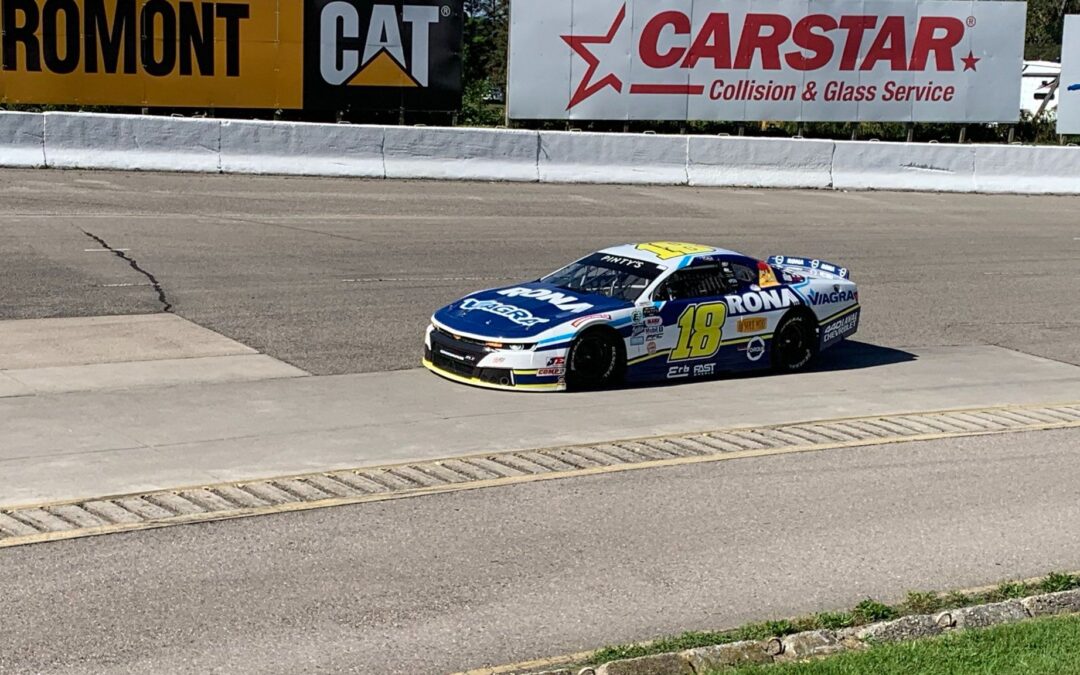 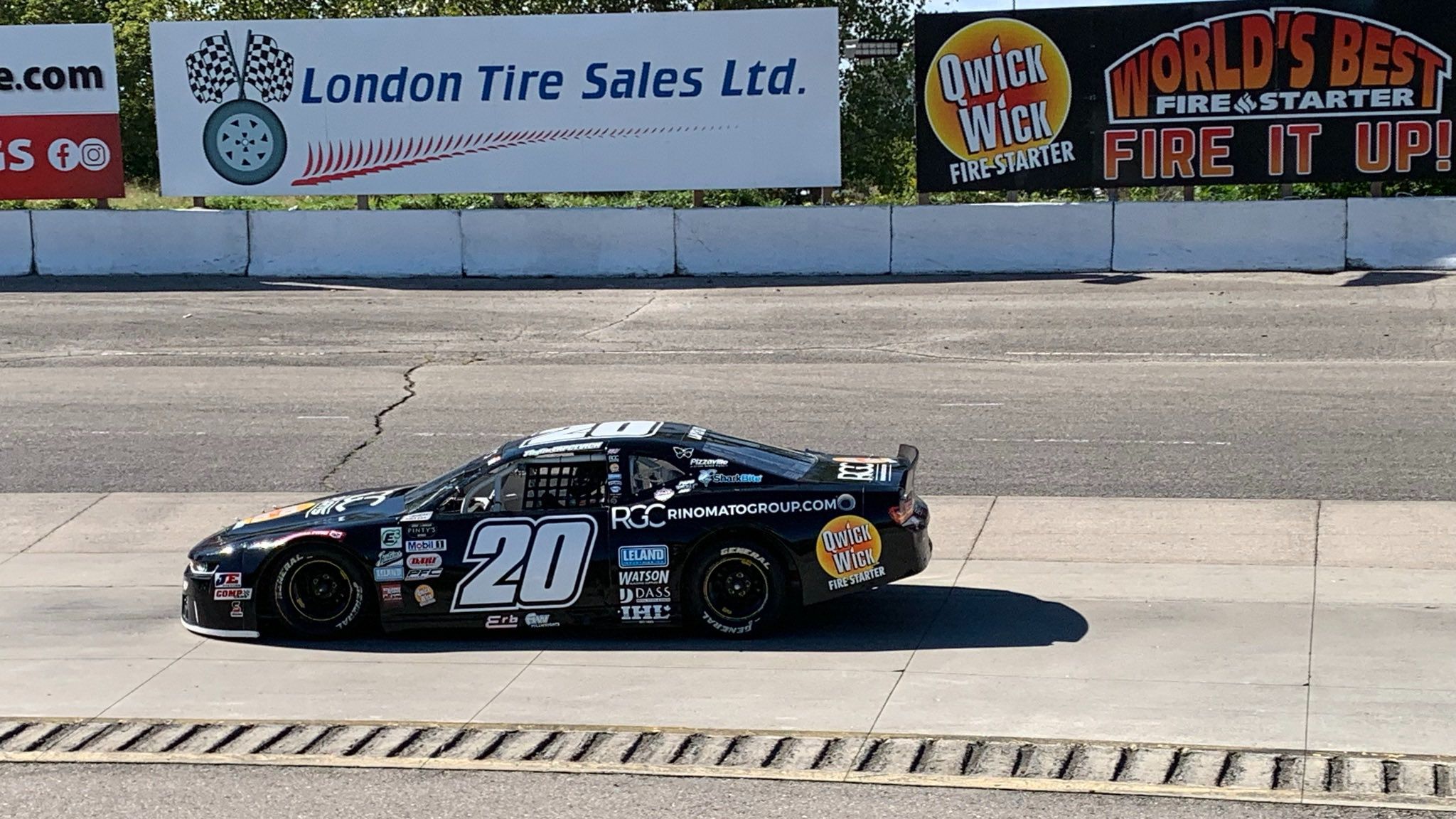 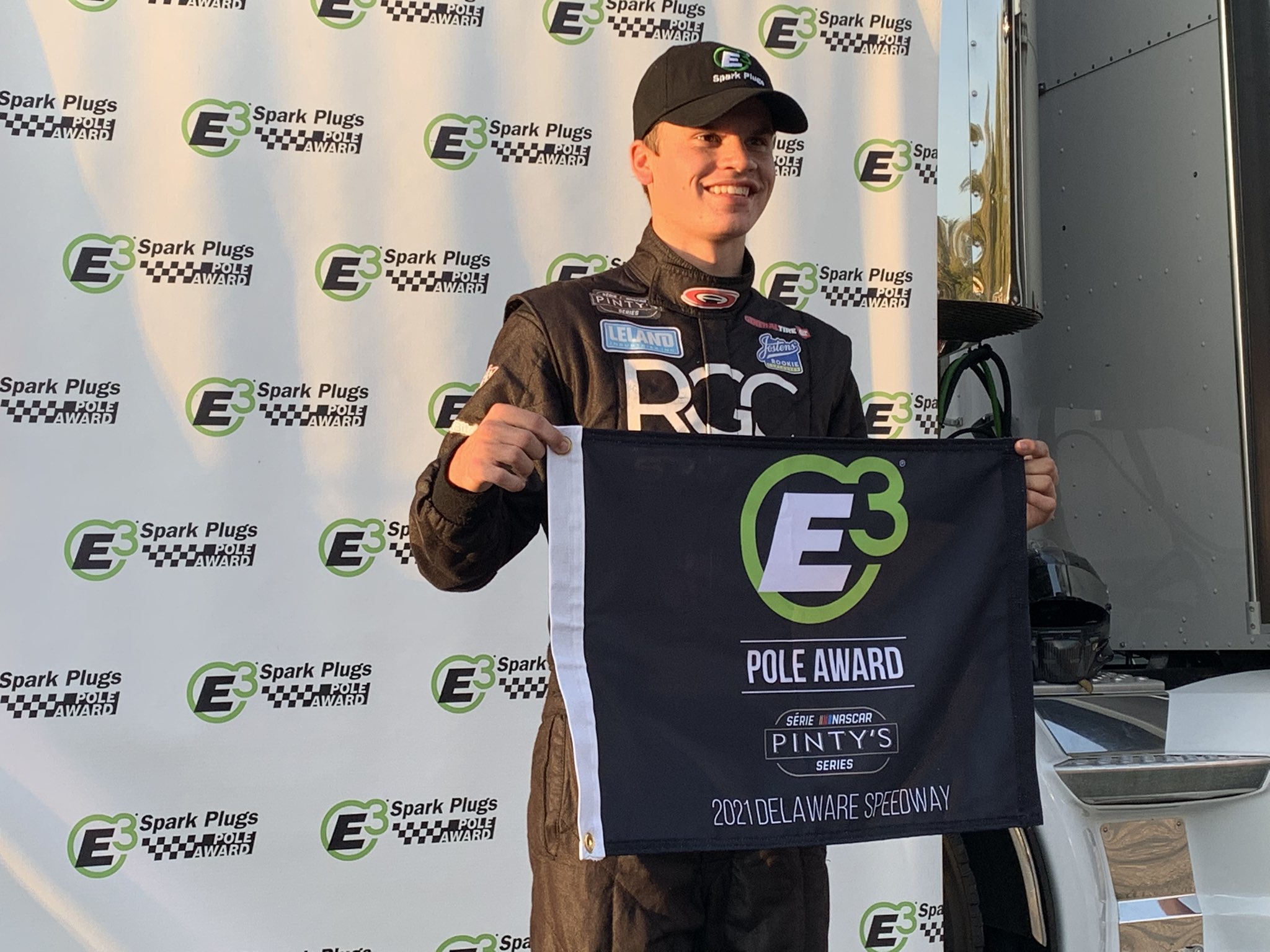 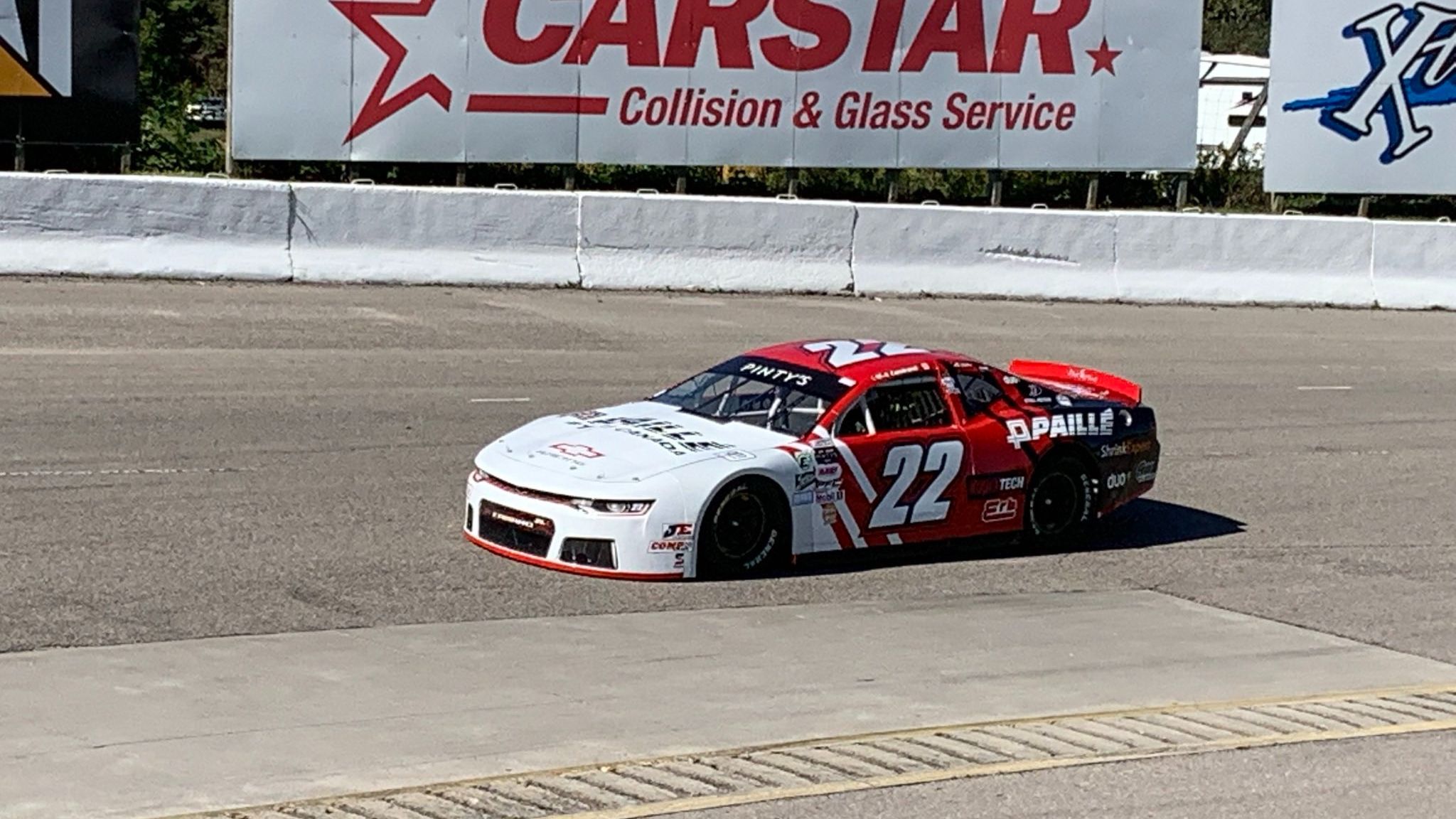 Milverton, ON, CANADA – Wednesday September 29, 2021 – The highs and lows of racing in the highly competitive NASCAR Pinty’s Series were never more apparent than this past weekend at Delaware Speedway. Each of 22 Racing’s three drivers not only sought personal bests, podium finishes or a win, but also a championship title was on the line.

The Canadian Tire 125 took place on Friday evening in front of an enthusiastic crowd. Points leader Alex Tagliani struggled to find confidence in his setup in practice and through qualifying. Starting from 18th Tagliani crossed the line in 14th reducing his precious Championship points lead to five.

Starting from 12th, Marc-Antoine Camirand would see his race come to an end after only five laps. A spin ahead of him and contact   took the pilot of the No 22 GM Paille out damaging the left front end of his Camaro.

Treyten Lapcevich showed speed in practice and dialed it up even further to earn his second E3 Spark Plugs Pole Award of the season. Lapcevich led more than half the race from the pole, would clear the No. 17 for the lead with five laps to go. A last lap move by the 2nd place car, pushed the No 20 RGC/Qwick Wick driver up the track resulting in a second place in the Canadian Tire 125.

The youngster, while not too pleased with the tactic employed by the other driver had this to say afterwards, “The 22 Racing crew gave me the fastest car out their tonight. Period.”

Up next was Sunday’s doubleheader. The Qwick Wick 125 leading into the traditional season finale, the 150-lap Pinty’s Fall Brawl that would close out the 2021 NASCAR Pinty’s Series season.

Ahead of Sunday’s doubleheader the dedicated No 22 crew spent Saturday, rebuilding Camirand’s GM Paille Camaro to ensure it was competitive for both races.

Coming off the previous night’s APC win and new lap record, Lapcevich came out of the gates fastest in practice with Camirand 9th fastest and Tagliani 13th in the session.  Lapcevich, would step it up even further during the Qwick Wick 125 qualifying session scoring pole position for the third time this season and setting a new track record at Delaware Speedway.  Camirand earned 5th fastest in his newly rebuilt GM Paille Camaro. Tagliani wheeled his RONA/Viagra/St. Hubert/CanTorque Chevrolet to 14th fastest.

Lapcevich started on the front row alongside the previous race-winner and the No 20 dominated two thirds of the Qwick Wick 125 race distance. Bad luck again as the No 20 RGC / Qwick Wick would suffer a cut tire and before he could safely get down to the pits the 17-year-old high school student spun collecting teammate and Championship contender Tagliani.  Both drivers headed to the pits however the No. 18 machine was pushed behind the wall for extensive repairs. Meanwhile, Camirand had methodically moved his way up to 5th place before the red flag was displayed to allow clean up after a car hit the wall.  Lapcevich would eventually cross the start/finish line in fifth.

Camirand finished in 10th, but was penalized for what as deemed to be unsportsmanlike conduct during the race and would not start the Pinty’s Fall Brawl, the final event of the season.

Camirand responded to NASCAR’s penalty by saying, “I admit I shouldn’t have made this maneuver. However, I must say that I never, ever wanted to intimidate him, let alone make a dangerous motion towards him.” said Camirand.

“22 Racing does not support any actions that are considered unsportsmanlike or dangerous by our drivers. Regrettably, a heated situation on the track escalated beyond our control, and we take that very seriously.  As always, we will continue to work hard to represent our sponsors and the sport of NASCAR in a professional manner.”  said Scott Steckly, owner of the 22 Racing team.

After multiple stops for repairs Tagliani nursed his battered No 18 RONA/Viagra/St. Hubert/ home in 18th.

Unfortunately for Tagliani the of sequence events that occurred during the Qwick Wick 125 now saw Tagliani’s Championship lead slip out of his hands for the first time in a handful of races this season.  During the brief break ahead of the Pinty’s Fall Brawl finale the No. 18 crew dug deep to get Tagliani back out in time for the green flag hoping he could reclaim the points lead from the No. 47 if the opportunity presented itself.

Starting from Pole, Lapcevich would lead 123 of the 150 lap Pinty’s Fall Brawl, at times by a full straightaway while Tagliani kept turning lap after lap in his nose-less No 18 machine in a desperate effort to reclaim the championship if possible.

With twenty-two laps remaining, Lapcevich spun while trying to slow down to avoid an existing crash in turns 1 and 2 causing damage to the No. 20 machine. On the restart, contact was made between him and another competitor resulting in Lapcevich spinning into the inside wall. The severity of damage forced him to retire despite his obvious domination at Delaware Speedway.

“It was a shame, a missed opportunity. We got tangled in many wrecks that were not our fault and that’s the frustrating part. I guess it was not meant to be.” said Tagliani.