Fitzpatrick Ready to Roll into Jukasa 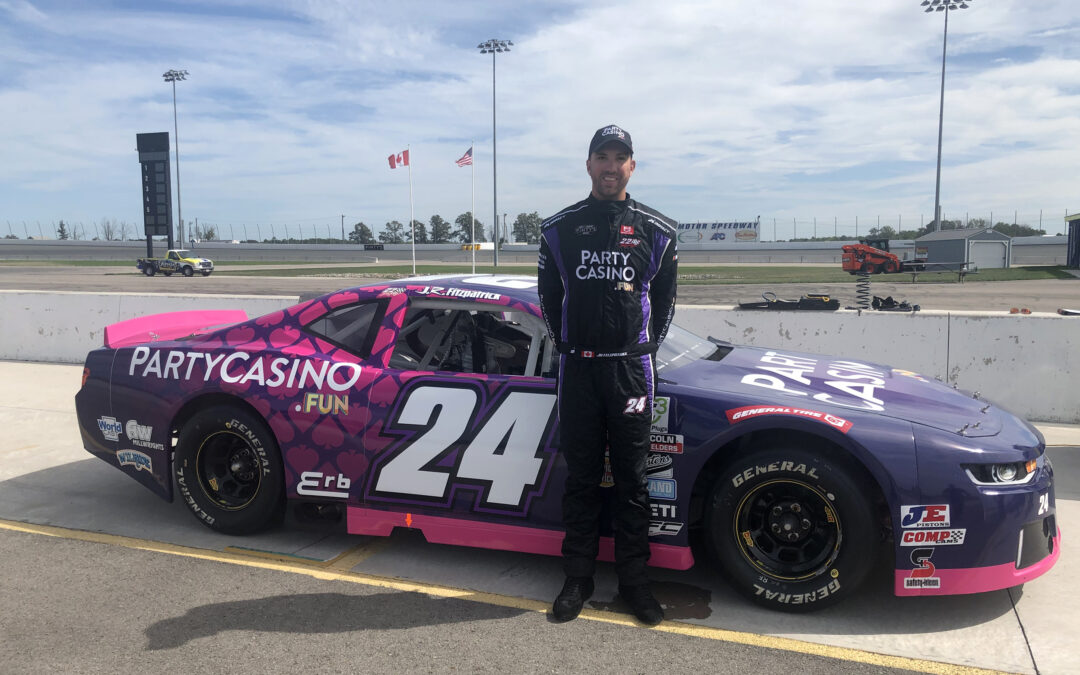 September 9, 2020 – Milverton, ON, CANADA –  J.R. Fitzpatrick and his #24 PartyCasino.fun Chevrolet Camaro are ready to roll for the final two races of The Pinty’s FanCave Challenge, a special six-race, three-track series that will conclude this Saturday, Sept. 12 at Jukasa Motor Speedway in Hagersville, Ontario.

Fan-favorite Fitzpatrick’s long-awaited return to the NASCAR Pinty’s Series at his home track Flamboro Speedway did not disappoint.  After posting fast times in practice he was spun out of third place on lap 81 of the Pinty’s 125 and went on to finish sixth.  He then worked his way through the field for a third-place finish in the PartyCasino.fun 125.

The 32-year-old from Cambridge, Ontario, last raced in the NASCAR Pinty’s Series on the 5/8th mile paved oval of Jukasa Motor Speedway, when it was known as Cayuga International Speedway back in 2008.

Fitzpatrick’s runs at Flamboro Speedway proved he is still a force to be reckoned with and looks to expand on what he learned there to take with him to Jukasa Motor Speedway to be a legitimate threat for a win in this weekend’s final doubleheader of The Pinty’s FanCave Challenge.

With numerous laps at Jukasa Motor Speedway under his belt in the APC Series, this past week Fitzpatrick turned a few laps there testing the #24 PartyCasino.fun Chevrolet Camaro in preparation for phase two of his return to the NASCAR Pinty’s Series.

Keeping his cards close to his chest Fitzpatrick said, “The No. 24 PartyCasino.fun Chevrolet Camaro ran well during our test last week at Jukasa. We know we’ll have some work to do with such a competitive field. I plan to drive a strategic and aggressive race yet have some fun at the same time.”