Hard Day at the Track for Marc-Antoine Camirand 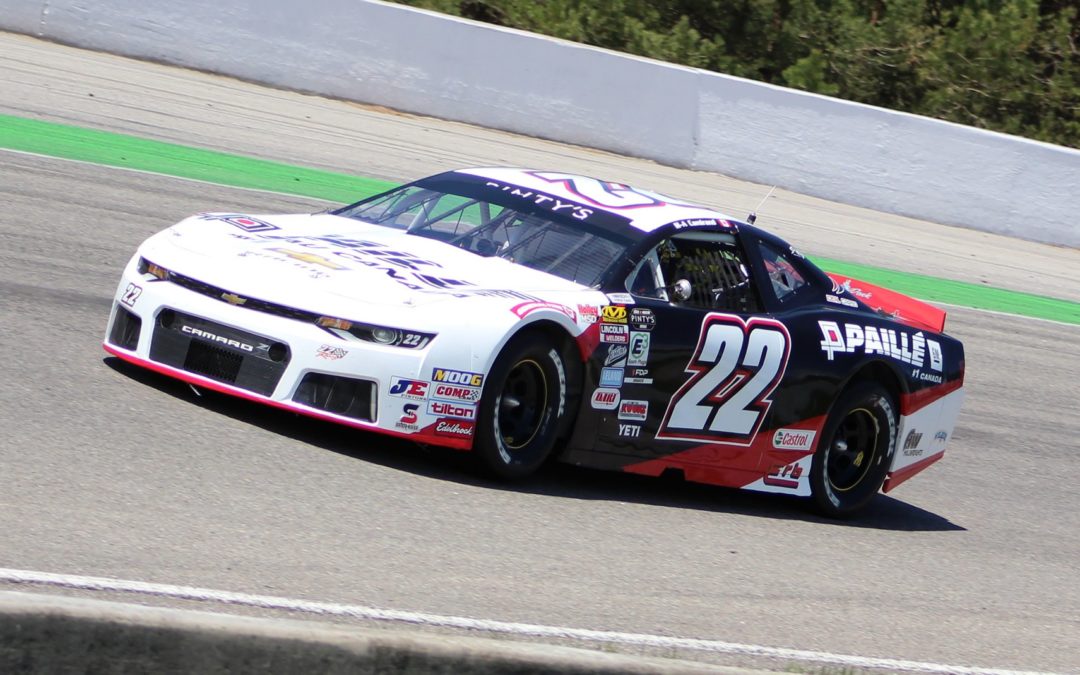 Bowmanville, ON, May 19, 2019 – Marc-Antoine Camirand didn’t get the season opener he was hoping for, Sunday, as the NASCAR Pinty’s series was on track at the Canadian Tire Motorsport Park, in Bowmanville, ON. The n°22 GM Paillé Chevrolet Camaro scored an 18th-place finish after a difficult race.

“This one has been really hard!” reacted Camirand, after the 51-lap race. The driver from Saint-Léonard-d’Aston, Qc, had scored the fastest time in practice before qualifying in fourth place, on Saturday, and was off to a good start during the first laps of the Clarington 200, on Sunday.

“I had a good pace. When the two drivers in front of me bumped into each other while trying to overtake, I went to take the third place and chased for the second. After the long straight line, my n°22 GM Paillé Camaro was very quick. In turn 10, I thought that I could pass him from the inside, but he didn’t leave me much place and we had a collision,” told Camirand, who had to go to the pits to repair damaged body parts a few laps after the incident.

After that, Camirand wanted to bring back his n°22 GM Paillé Chevrolet Camaro into the top ten. After a last pit stop for fuel, the driver was back to the sixth spot, and was fast enough to hope for a top five finish.

“Since the collision early in the race, the throttle had become hard. When I tried to pass for the fifth place, it got stuck fully open… I spun and ended in the tire barrier in turn 4,” told Camirand, who was able to extricate himself and finish the race in 18th place.

The driver of the n°22 GM Paillé Chevrolet Camaro is disappointed with the result in this season opener. Except from last’s year first race, Camirand has rarely been lucky at the Canadian Tire Motorsport Park (formerly Mosport).

“It’s a shame, because despite all what happened at the beginning of the race, I was heading for a strong finish, and I think that I could have scored a top five. It’s definitely not what we were hoping for, but I’ll come back strong at Jukasa Motor Speedway, where we will test later this week,” he concluded.

Marc-Antoine Camirand and the n°22 GM Paillé Chevrolet Camaro will be back for the second race of the NASCAR Pinty’s season, on Saturday, June 1st, on the Jukasa Motor Speedway oval, located near Hamilton, ON.