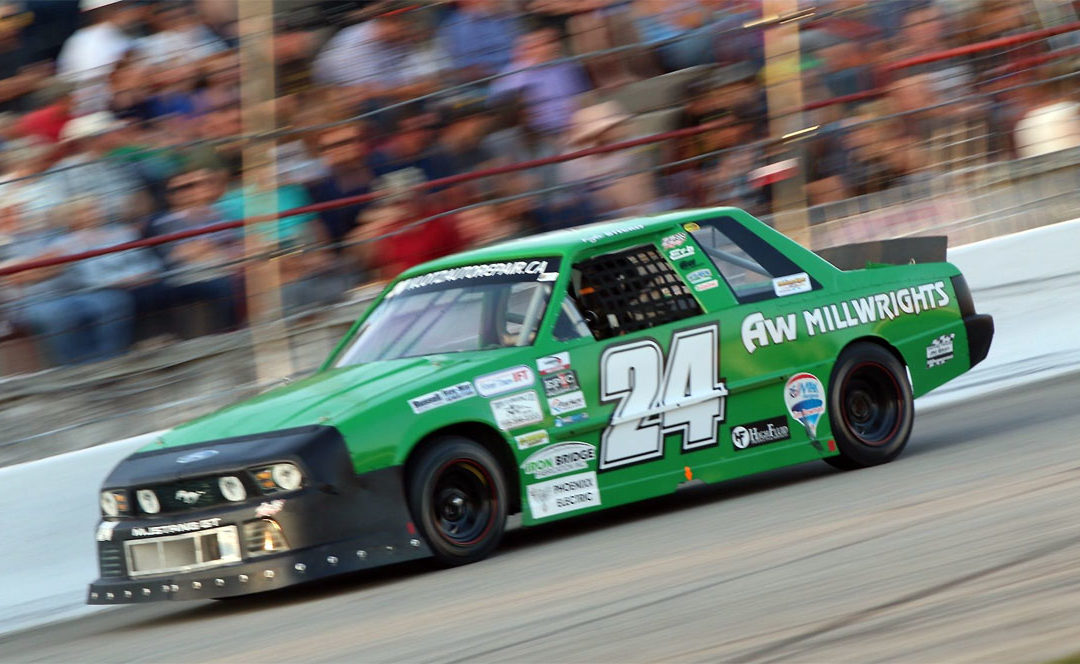 MILVERTON, ON – Kyle Steckly has confirmed his plans to compete fulltime at Flamboro Speedway in 2020 in search of what he hopes will be his first career Mini Stock championship.

The son of 4-time NASCAR Pinty’s Series champion Scott Steckly made a considerable impression on the division throughout his rookie year in Flamboro’s perennially competitive entry-level class.

“I’m excited about 2020 because of how strong our rookie season went,” Said Steckly. “Things worked out well and we padded our notebook every single night. I couldn’t tell you how much we learned from one end of the season to the other.”

“Now we’re coming back with good sponsorship, a good car and good help,” adds Steckly. “There’s no reason, with all of that on our side, that we can’t find a way to contend for this championship.”

Steckly enters his sophomore campaign with the hopes of adding his own chapter to the radically impressive short track legacy that his family has carved out with father Scott Steckly and uncle Randy Steckly.

“I’ve grown up around race shops my entire life,” explains the Milverton, ON teenager. “I can’t think of a single time being in that shop where I didn’t look around and think ‘Man, I want to be a part of this’. It’s just something I’ve wanted as long as I can remember.”

“My Dad and I sat down this winter to talk about our goals for the season and I tried to explain to him just how badly I want to be a champion in this division,” adds Steckly. “We have to make sure we come out every Saturday with our stuff at 100-percent so we can make the most of every race”

Steckly believes in his family-run team’s chances of contending against Flamboro’s top-tier teams as they search to carve out their breakout campaign.

“This (Mini Stock) division is really talented – there’s no doubt about it,” says Steckly. “And just being around some of the teams that have been running up front there will make you better as a racer. Listening to their conversations and seeing the way they approach their programs helps you with your own stuff.”

“I just want to keep paying dues and earning respect. I’m proud of the team we have, because my dad taught me a long time ago that how good you think you are doesn’t make the difference, it’s the people you surround yourself with that make the difference.”

“If you put in the work you’ll eventually become as good as your competition,” adds Steckly. “That’s what I believe and that’s what motivates me.”