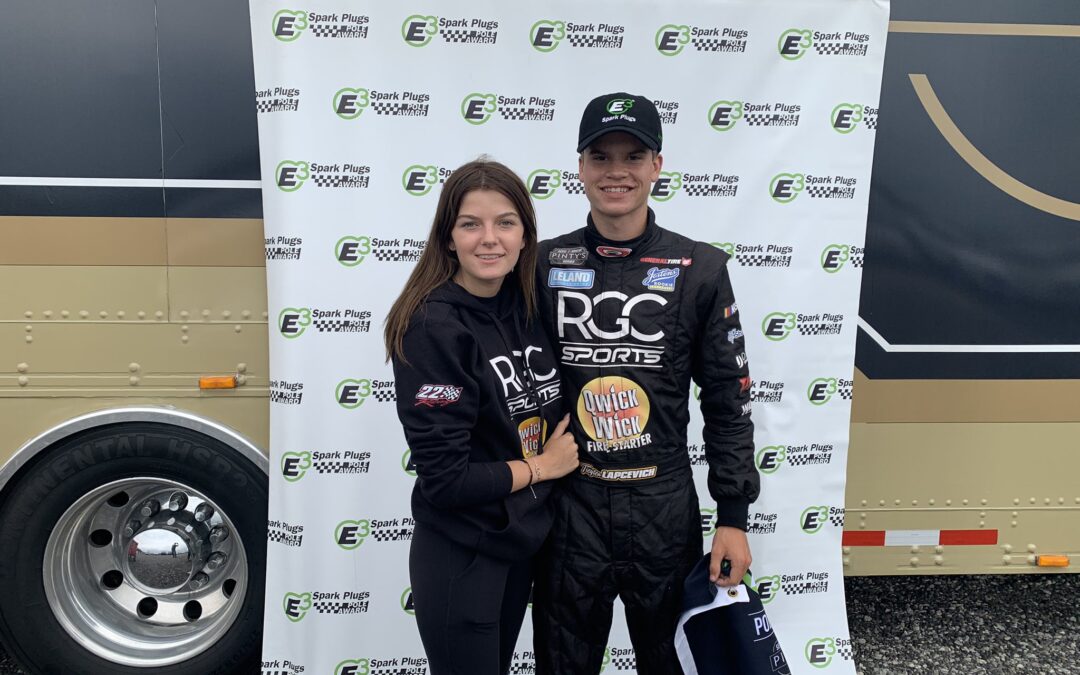 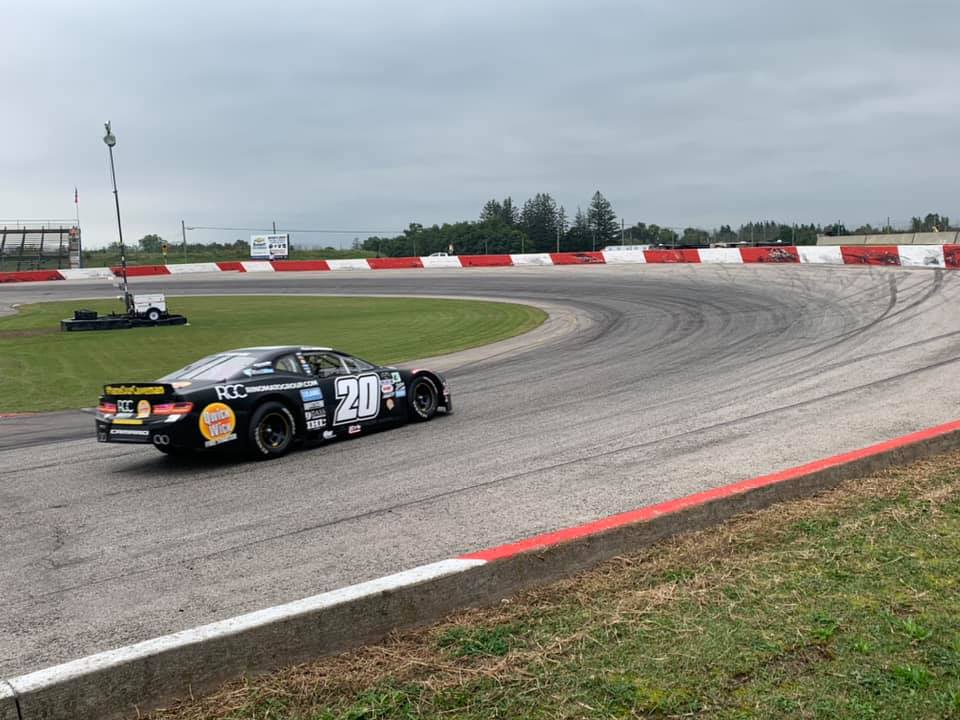 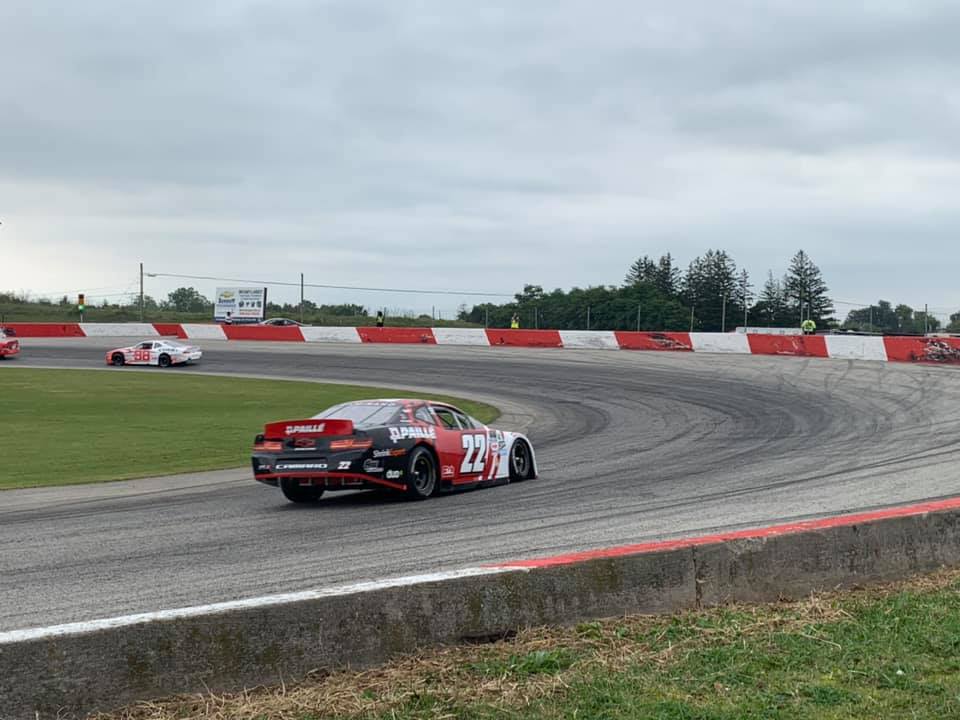 Milverton, ON, CANADA – Tuesday September 14, 2021 – The trio of 22 Racing drivers each had high hopes for both the Motomaster Batteries 125 and Qwick Wick 125 this past Sunday at Flamboro Speedway.

Rookie-teen Treyten Lapcevich was looking to bounce back after suffering a mechanical issue during the second race of the doubleheader at CTMP last Sunday.  Lapcevich wasted no time in getting up to speed at a track he’s very familiar with posting the second fastest time during Sunday morning’s qualifying session. Marc-Antoine Camirand earned fourth fastest with Alex Tagliani wrapping up the session at Flamboro in 11th.

With questionable weather in the forecast, the official NASCAR Pinty’s Series qualifying session got underway ahead of schedule. Showing a good pace, Lapcevich would snag the Pole with a new track record for the Series. Camirand and Tagliani would qualify 7th and 8th respectively.

NASCAR Pinty’s Series officials opted to move up the day’s doubleheader schedule by an hour in an effort to stave off the forecasted inclement weather.

Lapcevich would take the green flag alongside series veteran Andrew Ranger battling for each corner. The high school student from Grimsby, ON would eventually lead 15 laps before his No 20 RGC- / Qwick Wick machine came to a stop with a blown right-front tire.  The Jostens Rookie of the Year contender quickly dove into the pits and returned to the track just as fast however, he’d have a long battle ahead of him to chase down Ranger.  Lapcevich would rebound to ninth to earn a top-10 finish.

“Blowing a tire after sitting on pole with a new track record and leading the opening laps at Flamboro is a tough one to take.  And losing the chance to redeem myself with the Qwick Wick 125 being postponed due to weather didn’t help us in the points chase.’ said Lapcevich

Tagliani, driver of No 18 Rona / Viagra / St Hubert Chevrolet Camaro who seemed to struggle though practice and qualifying appeared to have found a set up that worked.  As the laps wound down, ‘TAG’ would pick and choose his moments as he marched forward through the field.  A podium finish began to look possible but as a light rain began to fall, he held on take the checkers in fourth place. Tagliani maintains the championship lead by 11-points.

Expanding his points lead to 11, Tagliani is looking at the bigger picture with the final race weekend at Delaware in two weeks; “With the objective of winning the title we can’t take anything for granted.”  ‘TAG’ finished second when the series last visited Delaware Speedway 2017.

The winner of last Sunday’s race at Canadian Tire Motorsport Park, Marc-Antoine Camirand also seemed to struggle in the morning qualifying session.   New to the 60-year-old Flamboro Speedway oval driver of the No 22 GM Paille Camaro, who had shown great speed in the opening round at the Sunset Speedway oval, mustered a 15th place finish in the Motomaster Batteries 125.

During the waning laps of the Motomaster Batteries 125 the forecasted inclement weather began to settle over the track with a persistent mist.  As the rain intensified Series’ officials put the Qwick Wick 125 in a holding pattern.  After a lengthy pause the postponement of the second scheduled race of the day was officially announced. A decision has yet to be made on rescheduling the Qwick Wick 125.

All three drivers remain in top-10 in the Championship point standings with Alex leading, Lapcevich in 4th and Camirand 9th. Lapcevich continues to lead the Jostens Rookie of the Year standings and 22 Racing founder Scott Steckly continues to stay atop the 2021 NASCAR Pinty’s Series Owner Standings.

NASCAR.ca has provides live timing and scoring on Race Center and each race is live streamed on TSN.ca in Canada and NBC TrackPass in the USA.  TSN and RDS2 will televise each race on tape delay.