Second-place for Marc-Antoine Camirand at CTMP 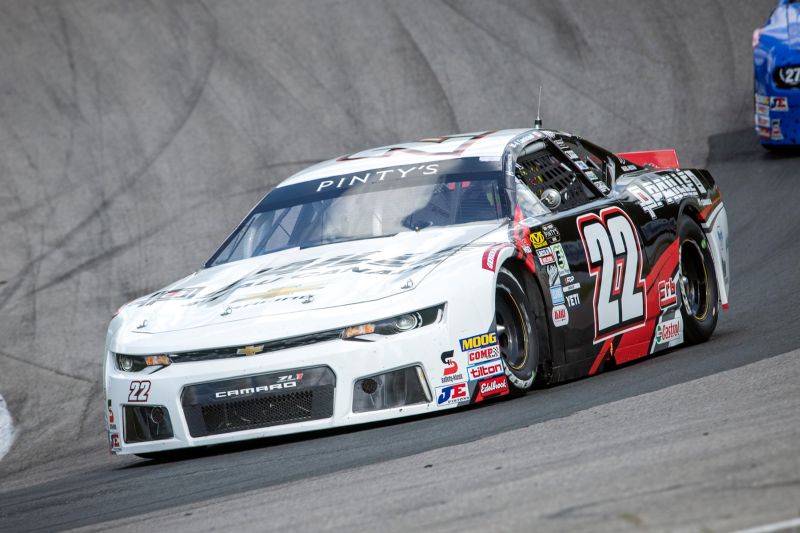 Bowmanville, ON, August 26, 2019 — Marc-Antoine Camirand clinched a second-place finish on Sunday, at the Canadian Tire Motorsport Park. The driver of the GM Paillé n°22 Chevrolet Camaro feels relieved to finally achieve a first podium finish in the 2019 NASCAR Pinty’s season.

Camirand was fast all weekend on the last road course of the season. On Saturday, he scored the fastest time in practice, then qualified in third place for the Total Quartz 200.

22 Racing team planned a good strategy for pits stop in the race scheduled for 52 laps. “I went to the pits for fuel early in the race, then we waited after mid-race to pit for tires. We did exactly what was planned, and it paid off”, stated Camirand.

Not less than six caution flags went out during the race. A last yellow forced the race to a NASCAR Overtime. Camirand was second at the restart and wanted to throw a last try for victory in the last laps.

“I knew I was faster than Alex (Tagliani) at the end of the race and if there was no late caution flag, I think that I could have had a shot for the win. With two laps to go, I was starting from the outside and I knew it could get tricky in turn one. I played safe at the restart, knowing that the leaders would fight and that I could have an opportunity”, he told.

That is exactly what happened. He took back his second place a few turns later. “I just wasn’t close enough to pass Lacroix too. They lost some time fighting, and I took advantage of it”, said Camirand.

The driver of the GM Paillé n°22 Chevrolet Camaro is relieved to achieve a first podium finish – it’s first top-five – in 2019. “A strong second place like that was what we had been waiting for a long time. We have been unlucky this season, but this good result encourages us for the rest of the season. We will head to St-Eustache willing to win there for a second year in a row”, he concluded.

Marc-Antoine Camirand and the GM Paillé n°22 Chevrolet Camaro will be back in Quebec for the next race, as the NASCAR Pinty’s series resumes at Autodrome St-Eustache, on September 7th.