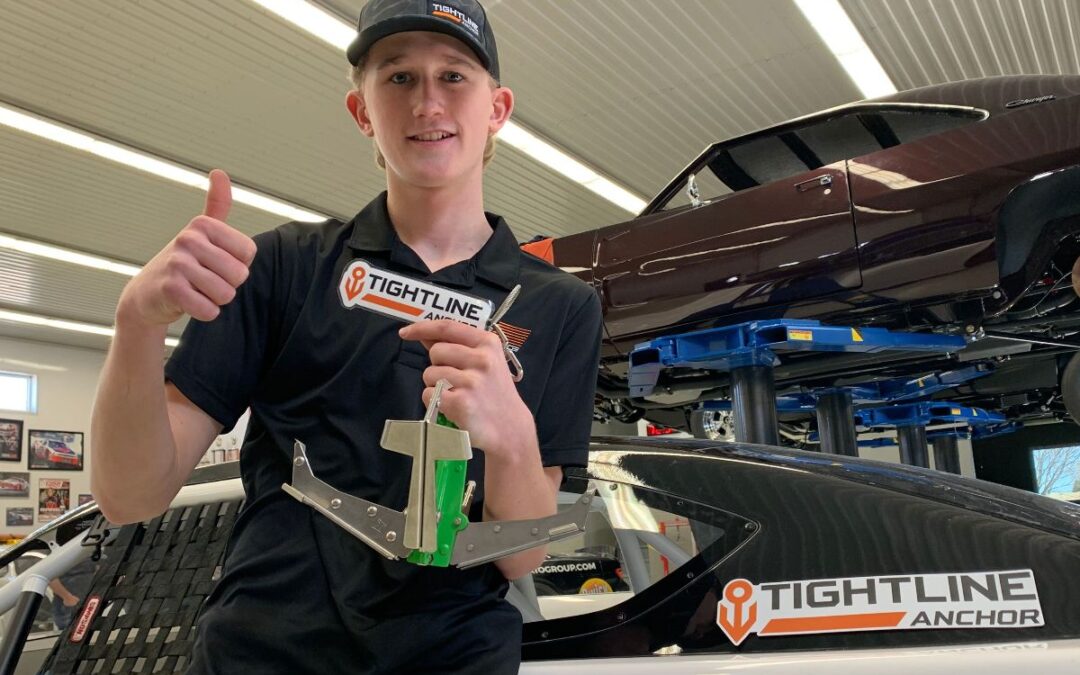 Tightline Anchor is a Canadian, Veteran-owned and operated business that began with two friends in a garage, envisioning how to build a better anchor. Tired of drifting in the wind, of anchor failures, of rope twists, and noisy anchors that startled fish the two outdoor enthusiasts knew there had to be a better way to anchor their lightweight watercraft.  The founders’ ingenuity resulted in a collapsible high-performance intuitive marine technology that takes small watercraft anchoring to the next level.

With control, position management and safety at the core of their engineered anchors, Tighlitne has introduced the first precision anchor specifically designed to meet the needs of the kayak, canoe and personal watercraft crowd.

“I want to thank the guys at Tightline Anchor for their support. If I’m not at the track or in the shop working on my car, being on the water is one of my favourite places to be.” said the pilot of the No. 24 Qwick Wick/ AW Millwrights Chevrolet Camaro. “I’m not only looking forward to the warmer weather to get the racing season underway, but to also get out on the water and put my Tightline Anchor to use.”

In just three years, Tightline’s unparalleled quality, craftsmanship and performance has made their products a trusted choice for both professionals and hobbyists alike. To learn more or to place an order visit tightlineanchor.com.

Earning multiple Mini Stock wins and podiums over the past few seasons, the 15-year-old son of four-time NASCAR Pintys Series Champion Scott Steckly is eager to join the ranks of the Pro Late Model division for his rookie season at Flamboro Speedway along with select appearances in the APC United Late Model series in 2021.

“Here at Tightline, we’re amped up to be a part of Kyle’s new venture in stepping up to pilot his #24 Camaro in the Pro Late Model Division. We are life long race fans and passionate about supporting a young driver in his dream to advance his racing career. We wish all the sponsors, fans, officials, race teams and the crew at 22 Racing an exciting and safe season.” said Greg Linton, Co-founder, Tightline Anchor.