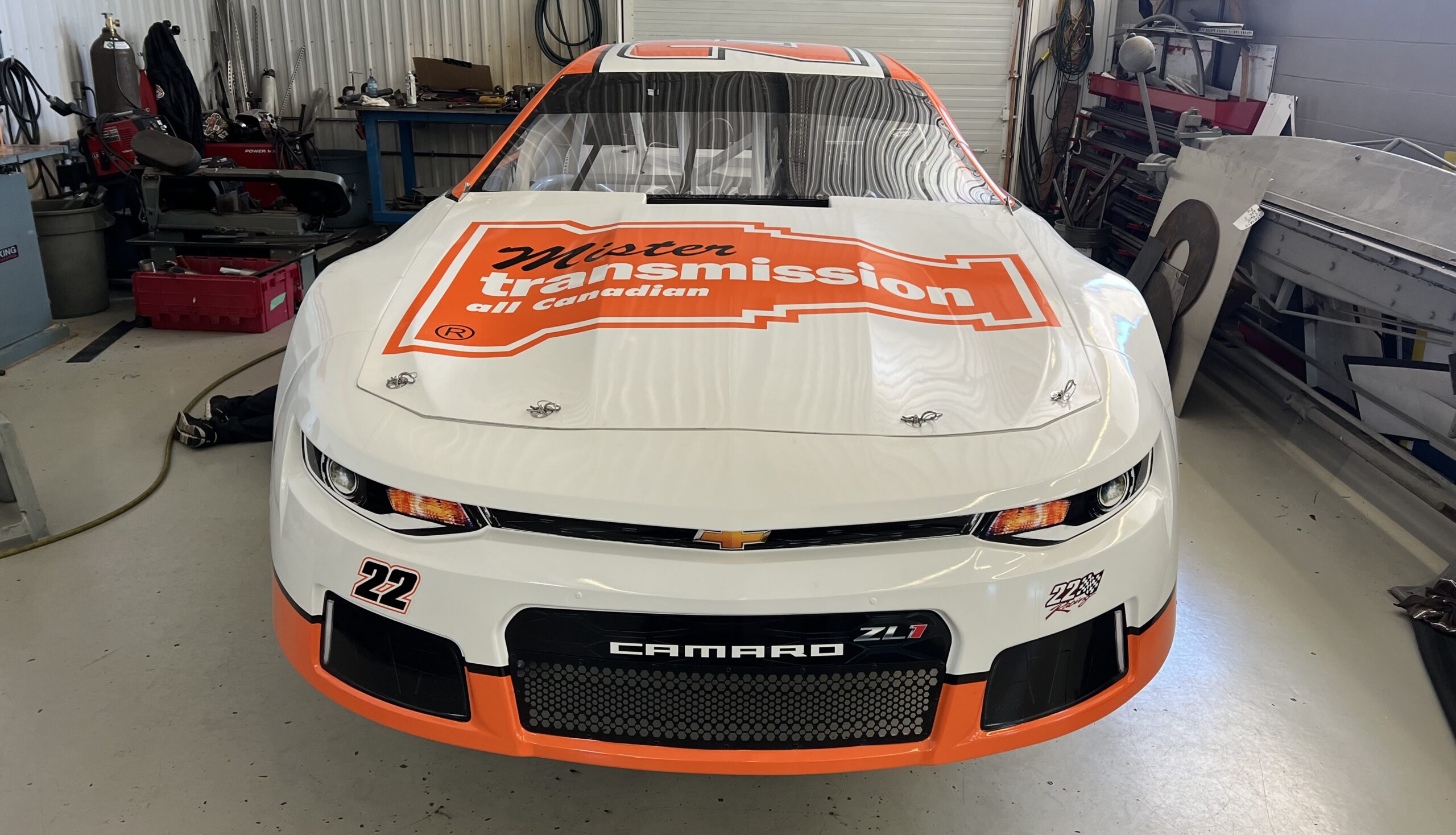 Milverton, ON – Thursday, August 11, 2022 – 22 Racing is excited to announce today that NASCAR Camping World Truck Series driver Stewart Friesen will drive the No. 22 car out of their stable in the history making NASCAR Pinty’s Series event on the dirt at Ohsweken Speedway on August 16th.

Canadian Stewart Friesen is now a full-time competitor in the NASCAR Camping World Truck Series where he most recently finished 6th in the series season ending championship in 2021 and is currently running 4th in the 2022 season. He is also a veteran of over 900 dirt races in his career. He is one of the top competitors in Northeast Dirt Modified racing, and he also has triumphed in the World of Outlaws sprint car series. He has won the Syracuse 200 Modified race four times. His extensive experience on dirt tracks will bring a lot of excitement to his debut in the NASCAR Pinty’s Series history making event in Canada.

“I am very excited to be coming back to Ohsweken,” said Stewart Friesen. “When I saw this race come up on their schedule, I immediately wanted to race in it. We can also bring our experience from Bristol dirt and Knoxville dirt to the 22 Racing team. I look forward to working with Scott (Steckly) and his group and representing Mister Transmission.”

The Niagara-On-The-Lake native’s No. 22 entry will prominently feature Mister Transmission who made this debut possible. Proud of their history as Canada’s leading transmission and technology experts since 1963, they’ve earned their reputation by getting Canadian motorists back on the road as quickly as possible.

“Everyone at 22 Racing is extremely excited to have Stewart in the #22 car at Ohsweken for the inaugural NASCAR Pinty’s Series dirt race,” said Scott Steckly owner of 22 Racing. “He brings a wealth of knowledge with him and he is a great competitor and a welcome addition to our driver roster for this event. And we are thrilled to welcome Mister Transmission to our partner group.”

Stewart Friesen will be joining Alex Tagliani and Treyten Lapcevich in the 22 Racing paddock for the Pinty’s 100 at Ohsweken Speedway. Ohsweken Speedway is a 3/8 mile dirt track located in the town of Ohsweken, southeast of Brantford, Ontario. The inaugural NASCAR Pinty’s Series dirt event will take place on Tuesday, August 16th. Tickets, camping, and event information can be found at www.npsondirt.com and the race will be streamed LIVE on TSN.ca or the TSN app.

“Having Stewart Friesen racing at our event is going to be huge for our fans,” said Ohsweken’s Clinton Geoffrey. “He’s arguably one of the most talented and sought-after drivers anywhere in North America, especially on the dirt!”