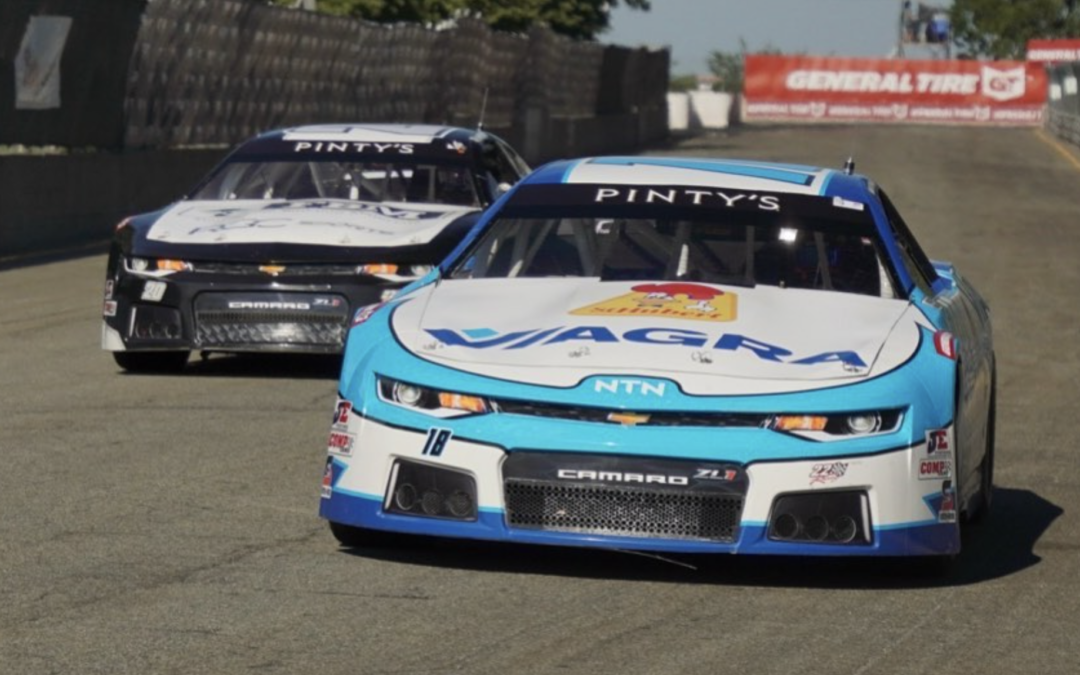 During Saturday morning’s practice session Tagliani established an excellent pace in his No. 18 Viagra / St Hubert Chevrolet Camaro with the 5th fastest time. Being only Treyten Lapcevich’s second time racing on the streets of Trois-Rivières he was able to lock in an impressive 8th fastest time in his No. 20 FBM / RGC Sports / Qwick Wick Chevrolet Camaro. Both drivers obtained the same qualifying positions ahead of Sunday’s race, Tagliani 5th and Lapcevich 8th.

With 3 first place finishes at the track and coming off of a victory in Saskatoon, Tagliani was hoping to build off of his momentum and secure a podium finish. Finishing fourth last year at this famed circuit, Lapcevich was searching for another solid finish.

Thunderstorms in the area on Sunday forced everyone into a one-hour delay. After the storm cleared up the command to start the engines was given and the Grand Prix de Trois-Rivières was finally underway. It was an action packed race with numerous cautions. Pit strategy quickly came into play with the requirement that teams pit for fuel before lap 50.

“We struggled early, we had to come in for 3 fuel pit stops because the gas can wasn’t engaging with the car. We couldn’t get any fuel in the car the first 2 stops, so that definitely hurt us having to come in the pits that many times,” Lapcevich said. After another pit stop later in the race for tires, all of the pit stops had pushed Lapcevich back farther in the field, preventing him from getting to the front despite the speed he and the car had. He brought the car home with a solid 5th place finish.

After early issues in the pits, Tagliani worked hard to run from the back of the field to the front. He almost took the lead on a late race restart, but got pushed around by other cars and was shuffled back. Tagliani secured a 4th place finish. “It was close, it was a good race. It was good for the points as well. With four races to go we just have to keep our heads down and try to get it done,” Tagliani said.

This put Tagliani 5th in the NASCAR Pinty’s Series championship points standings and Lapcevich is tied for 8th.

You can relive the excitement by watching Les 60 Tours Rousseau Metal on TSN on Saturday, August 13th at 1:30 p.m. EST.