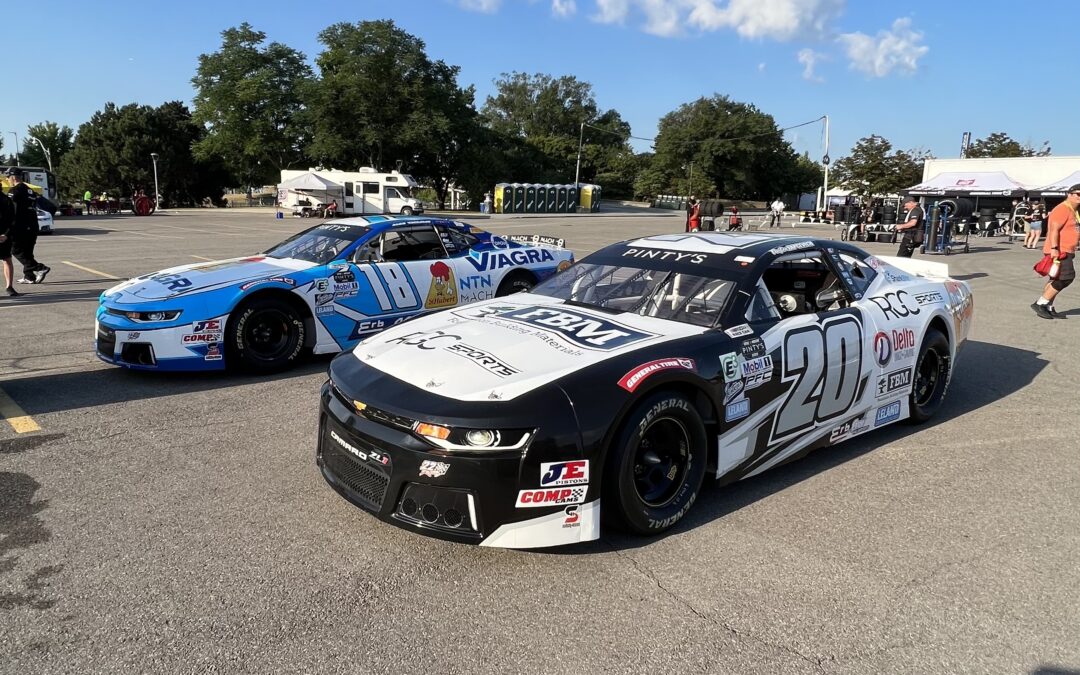 Toronto, ON – Saturday, July 16, 2022 – The highly-anticipated return to the streets of Toronto at Exhibition Place on Friday drew many excited fans to the track. The Grand Prix of Toronto saw Alex Tagliani finish 5th and Treyten Lapcevich finish 10th.

During the dual practice/qualifying session Tagliani established an excellent pace in his No. 18 Viagra / St Hubert Chevrolet Camaro with the 3rd fastest time. Being only Treyten Lapcevich’s first time racing on the streets of Toronto it took him some time to find his rhythm, but he was able to qualify 13th in his No. 20 FBM / RGC Sports / Qwick Wick Chevrolet Camaro.

“Being able to talk to Tag and talk to my dad and all those guys after practice, it helped to pick up some pointers to take into the race,” Lapcevich said.

Hoping he could come back to the streets of Toronto strong, Tagliani was ready to get racing at the Grand Prix of Toronto. After his 1st place finish at Exhibition Place in 2019, he was looking to achieve his first win of the 2022 season.

At 4:00 p.m. the command to start the engines was given and the Grand Prix of Toronto was finally underway. The race featured numerous cautions, preventing the drivers from finding any sort of consistency on the track. Lapcevich began to find his footing and was able to make his way up to 10th position. Tagliani was driving hard to get up to the front, but got caught up in an aggressive restart and was shuffled back. He managed to finish 5th, but felt that he never got the chance to showcase the real speed he and the car had.

Next The NASCAR Pinty’s Series and 22 Racing Team will be heading out on their Western swing to Edmonton International Raceway on Saturday July 23rd, and to Sutherland Automotive Speedway in Saskatoon for twin 125s on Wednesday July 27th.